Thane: One arrested from Thakurli for extorting money from builder

The accused threatened the builder that he, through RTI, came to know about irregularities in the construction work and demanded Rs 2 crore from the builder to close the matter.

Thane: One arrested from Thakurli for extorting money from builder | Prashant Narvekar

Thane: The Thane Anti Extortion Cell has arrested one person from Thakurli for allegedly extorting Rs 23 lakh from a builder in the Thakurli area in the Thane district on Saturday, June 4, 2022.

According to the complainant Hiraji Patel who has his office titled Swaminarayan Life Space LLP in Dombivali which is involved in selling- purchasing and also constructing flats received a threat from a person named Rajesh Nana Bhoir from Thakurli who claimed that he is associated with Bhartiya Janata Party and know many senior leaders from BJP including former MP Kirit Somaiya. He told that through RTI he got information about the irregularities in the construction work in the Thakurli project and he demanded Rs 2 crore from one builder named Suraj Pawar to settle the deal.

Maloji Shinde, police inspector, Anti Extortion Cell, Thane said, " Accused Rajesh Nana Bhoir threatened builder Suraj Pawar from Thakurli that through RTI he got to know about the irregularities in the construction work. He also said that he will inform about it to the municipal authorities. The accused also said that he knows many top leaders in BJP. Bhoir asked the builder to pay him Rs 2 crore for withdrawing the RTI and settle the deal. The deal was finally settled at Rs 23 lakh."

Shinde further added, "Suraj Pawar earlier gave Rs 2 lakh to Rajesh Nana Bhoir. Pawar asked the accused to come to the office on Saturday, June 4 to collect Rs 11 lakh of the pending Rs 21 lakh. On Saturday our team laid a trap and when he came to collect Rs 11 lakh at Swaminarayan Life Space LLP we arrested Rajesh Nana Bhoir while collecting the amount. We have registered a case against the accused under IPC sections 384,385 and 34. We presented the accused in Thane court on Monday which ordered police custody till June 8, 2022." 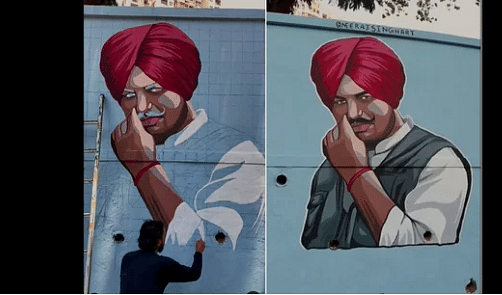 HomeMumbaiThane: One arrested from Thakurli for extorting money from builder