He asked , 'are Covid-19 rules not mandatory for these bars and hukka parlours? or the officials turn blind eyes towards them and take bribes?'
Faisal Tandel 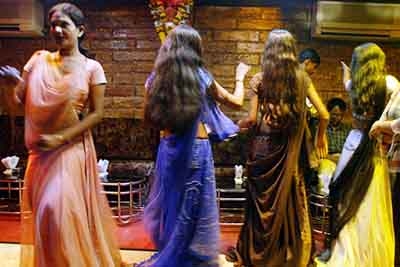 "Common citizens and shopkeepers are asked to close shop at 10pm or else strict action is taken against them. But dance bars, hukka parlour and pubs are running overnight till 4 am," said Sanjay Kelkar, Bharatiya Janata Party MLA Thane.

Kelkar recently wrote a letter to the Chief Minister asking why no action is taken by the police and excise department against such pub and bar owners. He asked , 'are Covid-19 rules not mandatory for these bars and hukka parlours? or the officials turn blind eyes towards them and take bribes?'

On January 11, Kelkar had written a letter to the Chief Minister of Maharashtra, Uddhav Thackeray addressing the illegality going on in Thane city. "Common citizens or motorists are punished and asked to do sit ups on roads to violate COVID-19 norms. The dance bars, hukka parlour and pubs near Yeoor hills and Ghodbunder road are running in full swing till early morning. However, those citizens who complain against the illegality are either pressurized or asked to take back the complaint." he added.

Kelkar further added that most of the dance bar, hukah parlours, pubs and permit room in the jurisdiction of Thane Municipal Corporation are open overnight violating the covid-19 norms and the night curfew restriction.

"A news channel carried out a sting operation and showed the illegal activities going on in a dance bar during the night curfew. After the news broke, action was taken against few officers. Now the situation is same and its still going on in full swing. We have noticed such illegal activities going on till 4am near railway station area, Wagle estate, Yeoor and Ghodbunder road and among other places. Even after action is taken and the illegality is going on. Then the officials from the excise department and police force should be held responsible and action should be taken against them," he added.

Kelkar further said it's all working under the shadow of the excise and police department whose hands are in gloves. "Usually the staff from police and excise who are patrolling in the jurisdiction are aware about the spots and illegal activities going on. But no action is taken against the establishment. Are the police not taking action under someone's pressure? Or with the help of some superior these activities are going on. Why are the authorities not taking action against these police officers taking bribes from these bars or establishments?," he added.

Kelkar who has been regularly complaining about the illegality said, "Common citizens who are asked to close the shop at 10pm. And strict action is taken against them, are now questioning us and the authorities that whether these establishments have some special license or permit to run shops till early morning? Whether the virus doesn't exist in this bar? is the question raised by the citizens. How should we reply to them? The action from the authorities can give a reply to their questions," demanded Kelkar in his complaint, saying a special team of non corrupt officials should be formed to take action against them.

With no action to the regular complaints to the officials from Thane. Kelkar had directly complained to the CM requesting a strict action to break the syndicate which is going on in Thane.