The accused, who has been identified as Rajesh Chauhan is said to be close kin of the local municipal corporator.
Suresh Golani 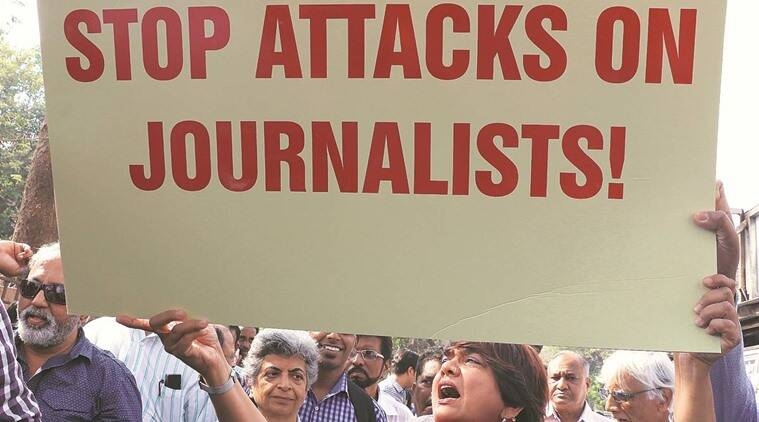 Thane: In at first, sleuths of the Mira Bhayandar-Vasai Virar (MBVV) police have arrested one person under the Maharashtra Mediapersons and Media Institutions (Prevention of Violence and Damage or Loss to Property) Act for beating up the reporter of a daily newspaper in Kashimira on Saturday.

The accused, who has been identified as Rajesh Chauhan is said to be close kin of the local municipal corporator. In his complaint to the police, the reporter- Bhavik Patil stated that he was on his way for some news coverage work in the Penkarpada area of Kashimira on Saturday afternoon when the accused picked up a quarrel with him over some trivial issue. After hurling a volley of abuses, the accused attacked Bhavik, who later registered a complaint with the Kashimira police.

A delegation of media persons met Senior Police Inspector- Sanjay Hazare, following which Chauhan was arrested and a case under the relevant sections of the Indian Penal Code and the stringent Maharashtra Mediapersons and Media Institutions (Prevention of Violence and Damage or Loss to Property) Act was registered against him.

ACP- Vilas Sanap is investigating the case. Apart from cases of rioting registered against him, the accused runs an illegal hotel in the area, sources said. Office bearers and members of various journalist welfare organizations in the twin-city have condemned the incident while demanding stringent action against the assailant.