The leopard has been also identified as a resident leopard from the Aarey milk colony by the team that carries out camera trapping of leopards in and around Aarey.

Mumbai: The carcass of a three-year-old male leopard was found in the Yeoor range of Sanjay Gandhi National Park (SGNP) on Tuesday evening. While on one hand, the forest department suspects that the death could have been caused by a fall, wildlife enthusiasts are seeking an enquiry into the incident as it could be a case of hit-and-run, they contend.

The leopard, identified as C-40 by the forest department staff, was found on the Chena West beat in the Yeoor range of the SGNP in Thane. As per the protocol, the carcass was taken to the SGNP’s wildlife hospital for post mortem and it is suspected that the cause of the death of the big cat was probably due to its falling from a height, which could have led to the rupturing of its liver.

The feline has been identified as a resident leopard from the Aarey Milk Colony by the team carrying out camera-trapping of leopards in and around Aarey. It had been unofficially named Aries by the team.

“As per the post mortem, the rupture of liver led to internal haemorrhage and subsequent hypovolemic shock, which is the probable cause of death. However, we are conducting a further inquiry into this about incident and it is already in progress,” said G Mallikarjuna, Conservator of Forests & Director, SGNP.

A wildlife activist requesting anonymity said that such deaths should ideally not be brushed aside as natural deaths. “Leopards falling and dying is not a common occurrence. However, there are several cases where these big cats have been hit by vehicles on busy roads such as Ghodbunder Road and have later died of internal injuries very similar to injuries or haemorrhages caused by the suspected fall as per the forest department.”

The activist added that there was also an urgent need to instal properly visible signages warning motorists about crucial wildlife crossings on Ghodbunder and other roads and about the presence and movement of wildlife, including leopards. 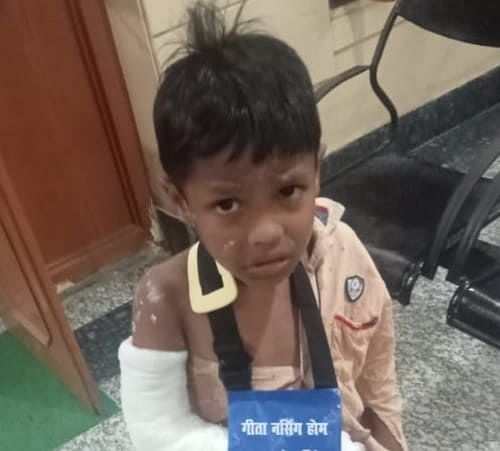