Advertisement
Home / Mumbai / Thane: 49-year-old gets over six years in prison under POSCO act for raping minor in 2015

Thane: 49-year-old gets over six years in prison under POSCO act for raping minor in 2015

The Kalyan District Special Court for the Protection of Children from Sexual Offences (POCSO) justice Sangeeta Pahade ordered six years and 11 months of rigorous imprisonment to 49-year-old Govind Jadhav for raping her six-year-old neighbour in 2015.

Govind Jadhav was arrested by the Bazarpeth police station in this case and he has been lodged in Aadharwadi Jail since May 2015.

The then-senior police inspector of Bazarpeth police station along with assistant police inspector M A Sheikh had investigated the case and filed a charge sheet in the Kalyan district court. The case has been pending in court for the last seven years.

Advocate Ashwini Bhamre fought in the court presenting the complainant's case while Advocate Alim Sheikh and Trupti Patil took the case of the accused.

The complainant also registered a case of unnatural atrocities under the IPC against the accused during the preliminary investigation report. However, due to the lack of strong evidence, the court acquitted the Jadhav under this section. 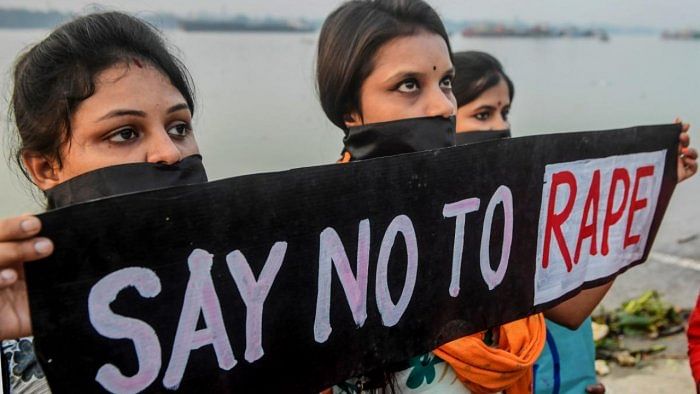