Thane: The Manpada police succeeded in arresting a 29-year-old woman from Mumbai and her 34-year-old accomplice from Goa after they allegedly cheated and robbed a businessman from Dombivali, an officer from Manpada police station said on Monday.

According to senior police inspector Shekhar Bagade, on Dec 21, Mahesh Krishna Patil, a resident of Manpada in Dombivali, lodged a complaint against Samruddhi Khadpakar who had befriended him on Facebook. She invited him for lunch in a hotel room in Dombivali's Khoni village and kept him occupied with small talk. She even told Mr Patil that she was in love with him. “When he went to the restroom, she took Mr Patil's licensed revolver, three gold chains and three gold bracelets, his cell phone and watch and fled,” Mr Bagade said. 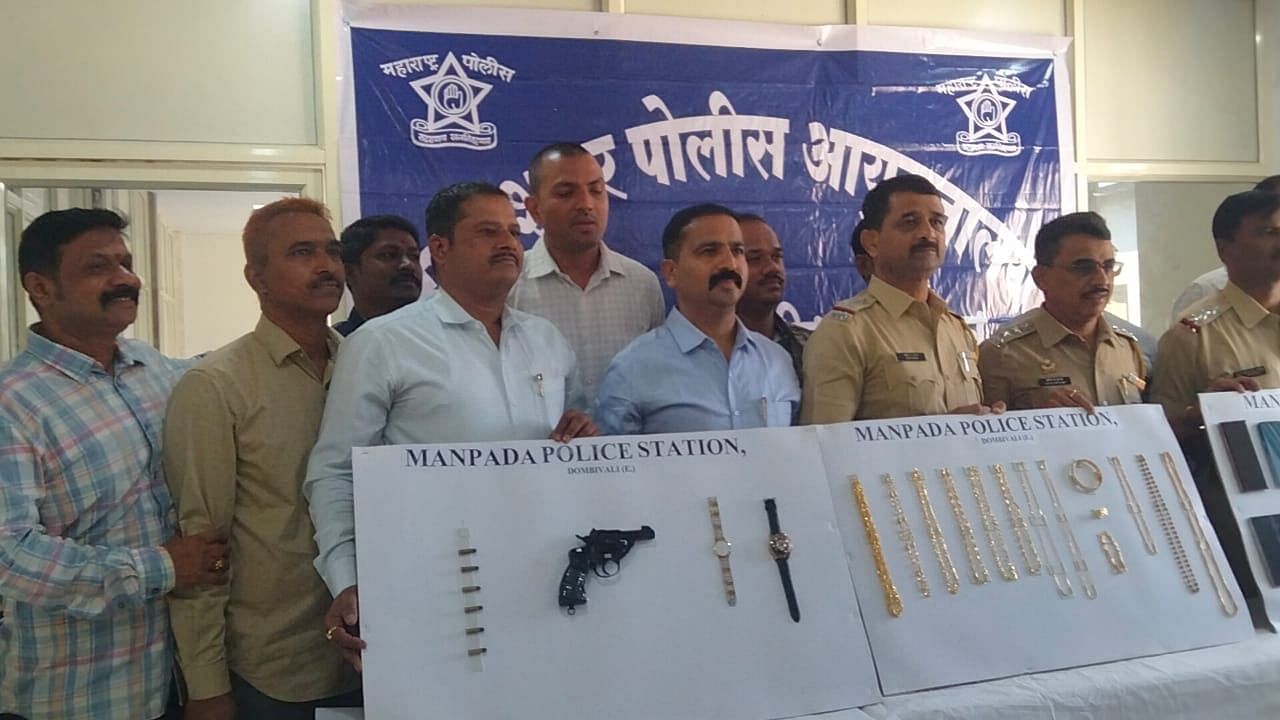 He added that since the revolver was stolen the case had to be investigated ungently as the suspects might use it for other wrong purposes. “During investigations, we got to know that a similar case has been registered against the suspects with the Dombivali railway police. We found the profile of the woman on Facebook and through her profile and the other case, found out she was a Khar resident. When our team reached the location we found out she had moved to Goa. We went there and arrested her from Bardez.”

The modus operandi was that Ms Khadpakar would befriend men on Facebook and ask them to meet for lunch at some hotel. She would then spike their drinks and flee with their valuables. The robbed items would be handed over to her accomplice Vilendar Wilfard D'Costa, 34, in Goa to sell it at half the price. “We have recovered 16 cell phones, one revolver, six live cartridges, two watches, and 290gm of gold ornaments worth Rs20,81,000,” Mr Bagade said.