HomeMumbaiThane: 16-year-old dies in a bike accident at Pokharan Road

Thane: 16-year-old dies in a bike accident at Pokharan Road

The incident took place near Jupiter Hospital in Thane.

Thane: 16-year-old dies in a bike accident at Pokharan Road |
Follow us on

Thane: In a horrific incident at Pokhran road in Thane on Friday, December 30 a 16-year-old boy lost his life when the two wheeler which he was riding met with an accident.

A traffic police officer said, " The two boys from Bhimnagar area of Pokhran road number 1 were on their Activa with number plate MH04-DU-7713 and they were rammed by concrete mixer truck with number MH-48-AG-8295. The 16-year-old who died on the spot in the accident has been identified as Akash Potpode and the other is seriously injured and admitted at a private hospital in a critical condition."

The incident took place near Jupiter Hospital in Thane.

The traffic police said, " We are investigating the case and have registered a case against the concrete mixer truck driver." 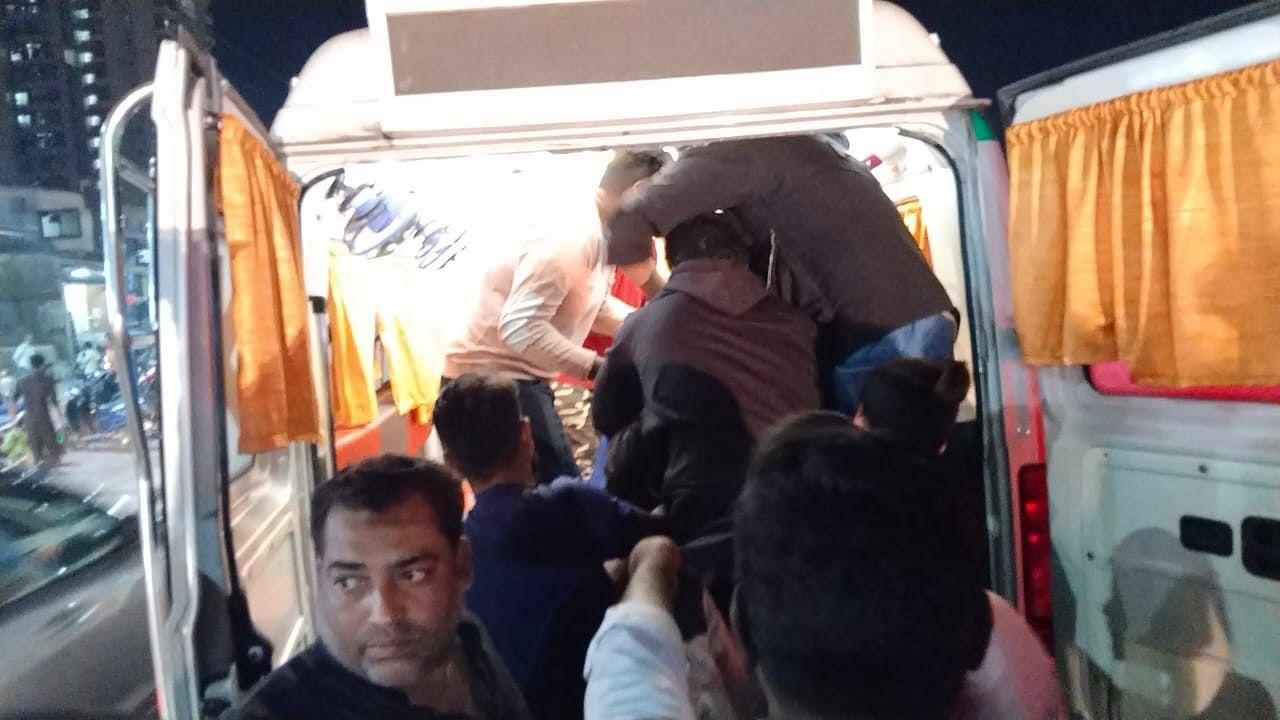 Another incident reported earlier this week

Similar incident took place on Wednesday in Mumbra when a man was crushed by a running car after he fell on road from his bike hitting a barricade.

A police officer from Shil Daighar police station said, "A 19-year-old bike rider died painfully in a horrific accident near Mumbra Shilphata road. According to information, a bike rider Suhail Shiekh was hit by an unknown vehicle."

Suhail was traveling to bring his mother from Bhiwandi

The locals who knew Suhail Sheikh said that Suhail was a resident of Shibli near Shilphata and he was going to bring his mother from Bhiwandi. A few meters ahead of Shilphata , a circle work is going on, but no work board has been put up to alert commuters. The traffic police have just put the  barricading and it is quite dark because of this barricade. Suhail, after colliding with the barricade, fell down from the bike and a car ran over him. Suhail died on the spot.