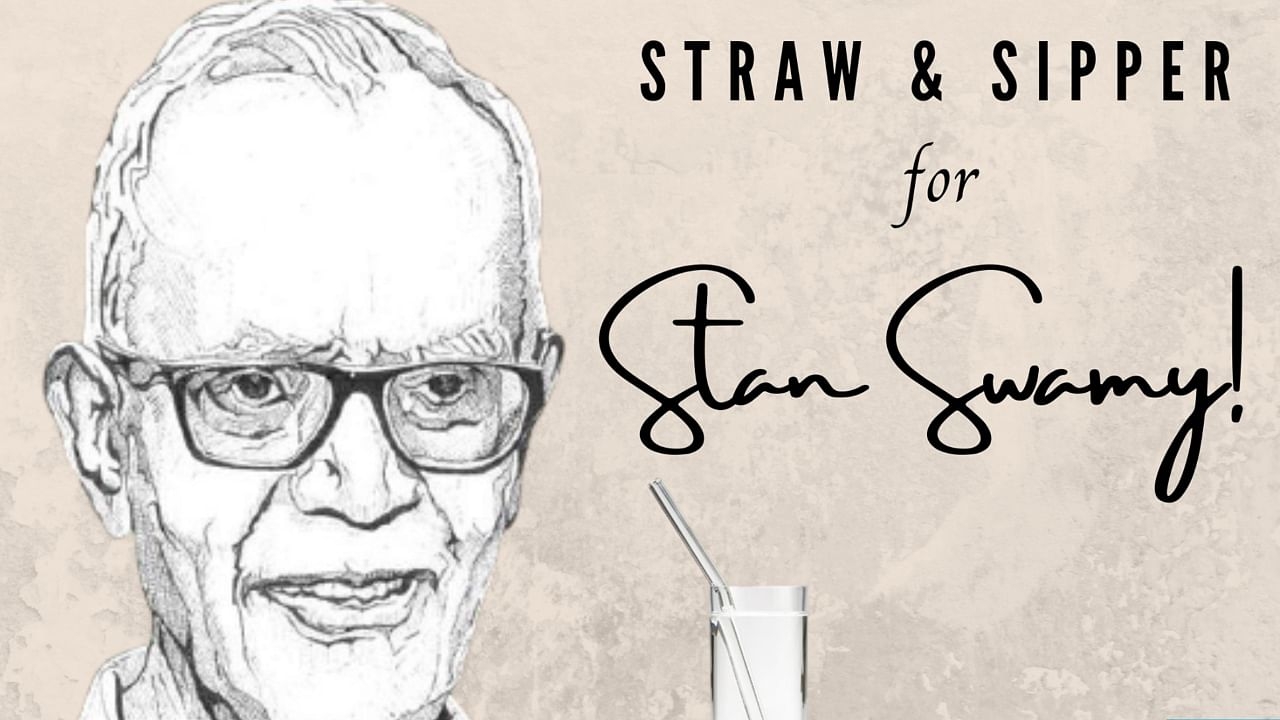 The National Investigation Agency (NIA) on Sunday refuted the allegations of tribal rights activist Father Stan Swamy, an accused in the alleged Elgar Parishad-Maoist links case, of seizing straw and sipper in the Taloja prison.

The NIA said that it had arrested Swamy on October 10 this year for his alleged involvement in the activities of CPI (Maoist) and for furtherance of the agenda of the banned terrorist organisation as one of the conspirators in Bhima Koregaon Elgar parishad case.

“The case pertains to widespread violence, arson and stone-pelting resulting in loss of lives and property near Bhima Koregaon, as a result of the provocative speeches during organisation of Elgar Parishad programme at Shaniwarwada, Pune on December 31, 2017,” the NIA said in a statement on Sunday. “After arresting Swamy, NIA produced him before the special court in Mumbai along with charge sheet on October 9 and never took his police custody. All the necessary legal formalities such as his medical examination were duly observed. Since then, accused Swamy has been in judicial custody at Taloja Central Jail,”

The NIA added, “Nearly after a month on November 6, Swamy filed an application in the NIA court at Mumbai for getting back his straw and sipper, (which he falsely claimed to have been kept by NIA).” Subsequently, the court asked the agency to file its reply on next date, which was scheduled on November 26.

“The NIA duly filed its reply in the court on the scheduled date (November 26) stating therein that the NIA had conducted his personal search in presence of independent witnesses and no such straw and sipper were found.”

The agency said that the court rejected Swamy's plea and issued necessary directions to the jail authorities on November 26 to provide him straw and sipper.

Court records, however, show that the Swamy's advocates had made a fresh plea on November 26 after rejection of the previous plea. This plea was for providing these articles along with winter wear at his own cost. Swamy's advocate had said that the court had sought to know from him if these articles are prescribed. The court's roznama states that it has called a report from the Taloja prison superintendent with regard to the plea. The report is to be submitted by jail authorities on December 4. Apparently the report was called to inform the court whether these articles are required.

The NIA further said, “As the accused was in judicial custody, the matter was between him and the jail authorities, who come under the Maharashtra state Administration. The reports claiming that the NIA recovered straw and sipper from accused Swamy and sought 20 days’ time from the court to respond to his plea to allow him a straw and sipper in Taloja Central Jail, are false, incorrect and mischievous as NIA neither recovered any straw and sipper from the accused nor sought 20 days’ time to file reply in the said application.”

The NIA has said that Swamy is a “hard-core CPI (Maoist) activist and was charge-sheeted by NIA on October 9 along with seven other accused for their role and involvement in Bhima Koregaon Elgar Parishad Case.

According to NIA, Swamy was propagating among other cadres that the arrest of the urban CPI (Maoist) cadres from different parts of country, particularly in Maharashtra has caused irrevocable damage to CPI (Maoist). He received funds from other Maoist cadres for furtherance of the activities of the red rebels. He is the convener of PPSC, a frontal organisation of the CPI (Maoist). Incriminating documents related to communications for furthering the activities of the Maoist organisation were seized from his possession, it stated.