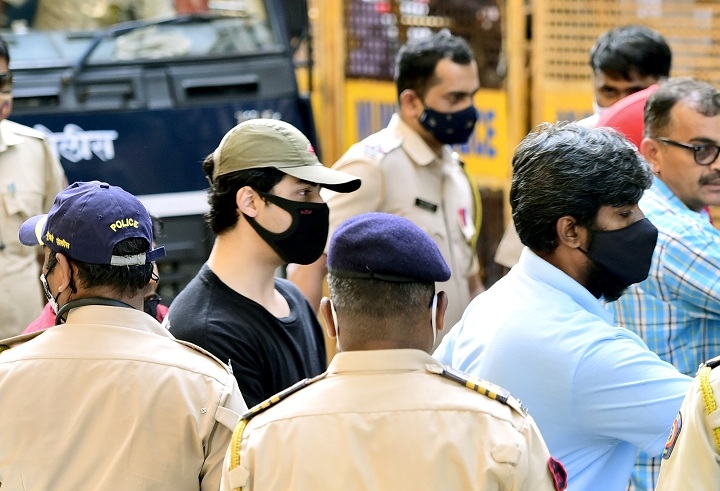 Mumbai: Bollywood superstar Shah Rukh Khan’s son Aryan and seven others were arrested on Sunday by officers of the Narcotics Control Bureau (NCB) in connection with a drug party busted by the Central agency, following a raid on a cruise ship at sea near Mumbai on Saturday.

The arrest memo of Aryan Khan, accessed by the FPJ, has revealed that the NCB nabbed him for his alleged involvement in consumption of contraband with other known and unknown persons. The agency sources claimed that they had seized 13 grams of cocaine, 21 grams of charas, 22 pills of MDMA, 5 grams of MD and Rs 1.33 lakh in cash during the raid.

Following the raid, the NCB officers had taken Munmun Dhamecha, Nupur Satija, Ismeet Singh Chadha, Mohak Jaiswal, Vikrant Chhoker, Gomit Chopra, Aryan Khan and Arbaaz Merchant for questioning at the NCB office. Satija, Chadha, Jaiswal, Chopra and Chhokar were arrested on Sunday “and will be produced before the honourable ACMM Court tomorrow (Monday) after their medical”, NCB officials informed in a statement.

“On the basis of specific information, the officials of NCB Mumbai conducted a clandestine raid on Cordelia cruise which was bound from Mumbai to Goa on October 02. During the operation, all suspects as per the information were searched and various drugs like MDMA/ Ecstasy, Cocaine, MD (Mephedrone) and charas has been recovered. A total of eight persons including two women have been apprehended and their role being investigated in relation to the said recovery,” the NCB claimed in a statement.

“Around 2pm we arrested Munmun, Aryan and Arbaaz in the said offence and have taken them to a government hospital to get their medical examination done,” confirmed a top NCB officer, refusing to divulge the profiles of the other people probed in the case. The agency simply maintained that the accused persons were from affluent families.

An officer said that Aryan had denied being connected with the drugs. In his arrest memo, Aryan had stated, “I understood the grounds of my arrest and informed the same to my family members over the phone.” 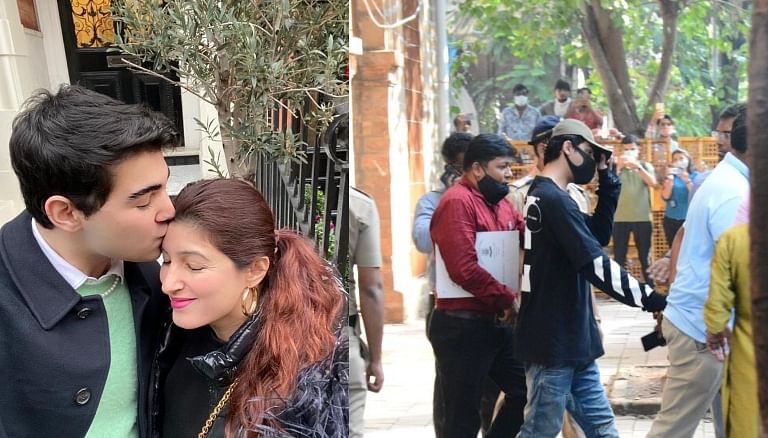 Twinkle Khanna shares pic with son Aarav from London amid rumours of another 'superstar's son' being...

The NCB on Sunday registered Crime No - 94/21 in this matter under sections 8(c) (produce, manufacture, possess, sell, purchase, transport, warehouse, use, consume, import inter-state, export inter-state, import into India, export from India or tranship any narcotic drug or psychotropic substance, except for medical or scientific purposes), 20(b) (produces, manufactures, possesses, sells, purchases, transports, imports inter-state, exports inter-state or uses cannabis, shall be punishable), 27 (Punishment for consumption of any narcotic drug or psychotropic substance) read with 35 (Presumption of culpable mental state) of The Narcotic Drugs and Psychotropic Substances (NDPS) Act.

According to NCB sources, an informant had tipped them off about drugs being carried on the cruise for use in a party there. Based on this tip-off, a 22-member NCB team, under the supervision of NCB Mumbai Zonal Director Sameer Wankhede, disguised as passengers, joined the cruise. “We had received information as to where the contraband would be used in the cruise. Accordingly, we kept our watch on the suspected people. As soon as it was confirmed that drugs were carried, we conducted a raid and intercepted a few persons,” said an NCB source.

“The place was dark, with flashing lights and the sound of booming music. The moment we conducted the raid, there was chaos among those present. We suspect that the drugs were carried into the cruiseliner either by carrying them in shoes, or secreted in through cavities inside clothes and purses,” an officer said.

Speaking about the operation, NCB Director General SN Pradhan told the media on Sunday, “We had received specific information that drugs such as charas and MDMA were being carried at the said party and would be used in the party. After that, we took action. Eight persons have been detained for questioning. We will not term the persons who are being enquired with as arrested, but they have been detained. Based on whatever inputs we are receiving from these detained persons, action will be taken continuously.”

“It is not the job of NCB to find out from who is joining and from which industry, who is the son of an industrialist, who is the son of a filmstar, this is not our work. Our job is to take action on an equal scale and we are taking action on the same scale and this action will continue in the future also. Whoever is found involved in this network, irrespective of who they are, we will take action,” Pradhan said.

The agency sources said that the NCB had carried out raids in Belapur, Navi Mumbai, based on information provided by the persons detained after the raid at the cruise party.