The police also confirmed that, during the recording of her statement, Ms Pednekar also applied for pre-arrest bail. The hearing for the same is on Monday

The Nirmal Nagar police in Bandra on Saturday recorded the statement of ex-Mayor Kishori Pednekar as part of the ongoing investigation into the allegations of acquiring flats – built by the Slum Rehabilitation Authority (SRA) in Worli–on forged documents. Besides her, three others have also been named in the first information report (FIR).

The police also confirmed that, during the recording of her statement, Ms Pednekar also applied for pre-arrest bail. The hearing for the same is on Monday. The FIR was lodged by the SRA official, Uday Pingle, on January 15, who alleged that the documents were forged to acquire the flats in the Gomata Janata SRA Society. Post-FIR, the police began the investigation with a special team of officers. 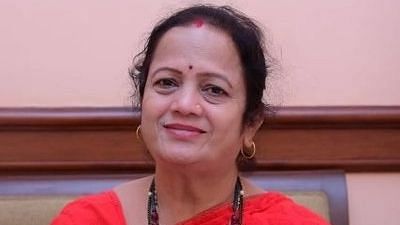 The Free Press Journal had earlier reported that the police had obtained a bunch of documents dating back to 2017, which are being examined to confirm the allegations. Speaking to this newspaper, sources close to the Nirmal Nagar police have revealed that the leave and license agreement—shared between the tenant and the owner–has been found to be ‘forged’ as alleged by the complainant.

“Out of all the documents that were scanned and examined, the leave and license agreement, exchanged between two parties, is found to be forged,” said a source. The FPJ has a copy of the agreement, which is signed and sealed by two parties: the licensor and the licensee, who were identified as Sanjay Mahadev Andari and Shaila Prashant Gavas, director of Kish Corporate Service India Pvt Ltd, respectively. This document was made in July 2017. However, in the ‘agreement’ copy submitted earlier to the SRA in Aug 2012, the licensor was one Shivprasad Tiwari, who is the secretary of Gomata Cooperative housing society, and the licensee is Kishori Pednekar.

“There is a huge loophole in both the agreements, thus it is called forged in nature. The remaining documents were not found problematic, except the leave and license agreements,” added the source. Given the allegation, sections like 419 (cheating by personation), 420 (cheating and dishonestly inducing delivery of property), 465 (forgery), 468 (forgery for purpose of cheating), 479 (property mark), and 34 (common intent) of the IndianPenal Code were added to the FIR.