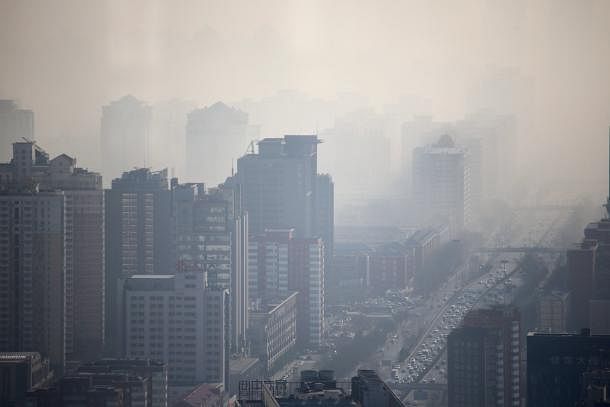 As winter sets in, Air Quality in South Mumbai is deteriorating repeatedly, prompting citizens to compare it with the AQI of Delhi. SAFAR (a system of air quality and weather forecasting and research developed by Pune-based Indian Institute of Tropical Meteorology) data showed AQI of several areas including Mazgaon, Colaba and Malad in Mumbai was worst than that of the National Capital on Wednesday morning.

This is not the first instance when the air quality of areas in South Mumbai dropped to very poor quality and recorded and AQI worst than Delhi for that particular day. However, experts have called this "incidental" and a "coincidence".

Delhi ranks as the most polluted capital city worldwide in this survey. While Mumbai was not listed in the survey by IQAir this year, AQI recorded by several agencies, including SAFAR has shown instances when South Mumbai has recorded AQI levels in the very poor category.

While the overall AQI of the city slightly improved on Wednesday evening, however, Colaba continued to have AQI under the very poor category.

On Wednesday morning, AQI recorded by the SAFAR air quality monitoring system in Delhi was 235, whereas Colaba recorded an AQI of 327, Mazgaon 309 and Malad 305.

By evening Colaba recorded an AQI of 306. On Wednesday evening

AQI at Mazgaon (300) too remained within the 'very poor' category and was closer to Delhi’s level which was 208 in the evening.

AQI of 301-400 is rated 'very poor' which means it can cause respiratory illness on prolonged exposure.

Low wind speed, low temperature and high humidity along with vehicular pollution proved a “lethal combination” for Colaba on Wednesday according to air pollution experts.

Smoke from vehicles, garbage-burning and industries and construction dust are also factors that cause deterioration in air quality.

'The eastern coast right up to Mazgaon has cargo and cruise ships, boats, and fishermen trawlers operating throughout. Dr Gufran Beig, founder and project director of SAFAR, said natural factors such as low temperature, low wind speed and high humidity had combined to keep more particulate matter suspended in air over Colaba, resulting in their concentration at higher levels. "This exactly happens in Colaba and is a feature observed here through our monitor during winter," he said.

"It is worth tracking if a large amount of garbage is being burnt openly or huge bonfires are being made too frequently letting the particles mix in the air and remain stagnant leading to deteriorating air quality as the wind speed is low during winter and even near coastal areas. Usually, the strong wind blowing in from the sea over peninsular Mumbai saves it from the severe effects of air pollution," he added.

On the idea of comparing AQI of the financial capital Mumbai's that to Delhi's, Beig said that it is just incidental that Mumbai's or rather south Mumbai's AQI is worst than Delhi.

Explaining his logic, Beig told the Free Press Journal, "As many things including industries, factories and things contributing in bad air quality is shut, and citizens in Delhi to are alarmed after worst AQI in the national capital, the AQI there is not improves slightly by each. Currently, the AQI has improved from very poor to poor category and as per our forecast, it will further improve to moderate. As compared to that, winter has set in Mumbai and everything is working as usual hence it will continue contributing to the bad air quality. However, smart and effective measures need to be taken urgently to prevent Mumbai from becoming Delhi."