'Should I urinate to fill up empty dams': Maha Deputy CM Ajit Pawar's shocking statement in 2013

The comments didn't go down well and were termed as "insensitive" and “unbecoming” of a deputy chief minister. He issued an apology
FPJ Web Desk 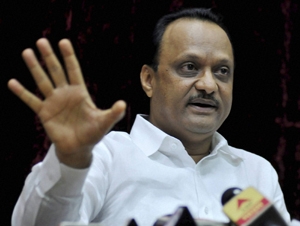 Maharashtra deputy chief minister Ajit Pawar was heavily criticized for his comment on the draught situation in the state back in 2013.

Ajit Pawar was addressing a meeting in Indapur. He mocked Bhaiyya Deshmukh, a farmer on a hunger strike from Solapur. Deshmukh was reportedly demanding water for the draught affected area.

“I have noticed that more children are being born since the lights go off at night. There is no other work left then,” he added referring to the load shedding situation in some places of Maharashtra.

The comments didn't go down well and were termed as "insensitive" and “unbecoming” of a deputy chief minister. He issued an apology

“We are committed to provide water, fodder and other relief measures like exam fee waivers to drought-hit citizens. I will continue making sincere efforts to extend all possible help to the drought-hit. While my comments in Indapur were not regarding the drought crisis, I apologise if public sentiments have been hurt by these," he said.

Ajit Pawar, today, after unprecedented events in the state have joined hands with the BJP and have sworn in as Devendra Fadnavis's deputy.