The Mumbai unit of the Aam Aadmi Party (AAP) expressed grief and horror at the rape and murder of a woman in Saki Naka -"an incident which has shaken every Mumbaikar to the core."

The 30-year-old woman, who was raped and brutalized with rods, succumbed to injuries while undergoing treatment in Mumbai's Rajawadi hospital. A 45-year-old man has been arrested in this connection, police said.

"Our city is considered to be a safe city, and we assume that it is a city where women can travel alone, unaccompanied late in the night. This incident has shattered that belief. While we understand that the accused has been arrested, that he will be tried for rape and murder, and be given the strictest punishment that is possible under Indian law; what we fail to understand is how such an incident could occur in the first place."

"The only seeming reason for this, and other horrendous crimes becoming the norm in Maharashtra, is the complete erosion of trust in law enforcement and the police force. In the never-ending battle between the BJP on one side and the MVA parties on the other, the divided Maharashtra Police force has been ripped to shreds and is fast losing its legitimacy in people's minds."

These crimes are no longer isolated incidents, but go on to show that people no longer have faith in the police force, and the political parties in power. Instead of taking measures to reform the police force, ensuring that errant police officers are swiftly incarcerated, or taking steps to reinstate public faith in law enforcement, Mumbai’s political parties are busy in political one-upmanship. All bureaucrats and police officers have to side with one political party or the other, when they should actually be siding with and fighting for our citizens. Their allegiance should lie with the state of Maharashtra, and sadly, that is not the case anymore.

AAP National Executive Member and Mumbai Prabhari Preeti Sharma Menon said, “The Aam Aadmi Party demands that errant police officers be arrested and be punished for what they have done. We demand that our Chief Minister Shri Uddhav ji Thackeray, senior leader Shri Sharad ji Pawar, and Leader of Opposition Shri Devendra Fadnavis stand together to ensure that crime comes to an end in this city, and that there is reform in our Police force.”

Meanwhile, Mumbai Police Commissioner Hemant Nagrale, said the police can't be present at every crime location. He explained further, police reached the spot within 10 minutes and did the best of their capability. He also said that police can reach only after getting information.

Police commissioner Nagrale told reporters that the crime came to light when the watchman of a company located on Khairani Road called the police control room and said that a man was seen thrashing a woman.

Police reached the spot within 10 minutes and found the victim inside a parked tempo. As her condition was serious, they decided to take her to hospital in the same vehicle so as to save time. They got the key of the tempo from the watchman and drove her to Rajawadi hospital in suburban Ghatkopar, the commissioner said.

The police also obtained CCTV footage of the spot. A man seen leaving the tempo was identified as Mohan Chouhan who hails from Jaunpur, Uttar Pradesh, the commissioner said.

He was arrested and produced before a court which sent him in police custody till September 21, Nagrale said. 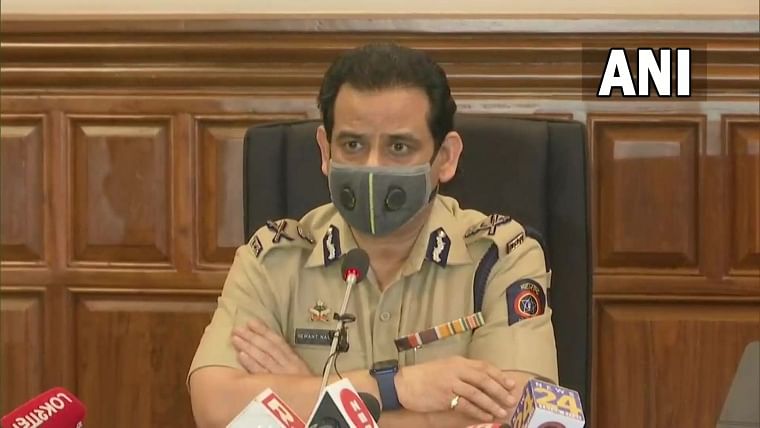