According to the complaint, the woman and Naik were in a live-in relationship since 1995 and they also have a child together.

Mumbai: The Navi Mumbai police on Friday informed the Bombay High Court it has not traced any evidence in the rape case lodged against Bharatiya Janata Party MLA Ganesh Naik and have submitted an 'A Summary' report to the local court.

An 'A Summary' report is filed in a case where the offence is made out but the evidence is not traceable or the accused persons are not found.

In April this year, a 42-year-old woman registered a case against Naik alleging he had raped and threatened her.

According to the complaint, the woman and Naik were in a live-in relationship since 1995 and they also have a child together.

Naik approached HC in May

Naik had, in May, approached HC seeking pre-arrest bail. He was granted interim bail at the time.

On Friday, when his plea came up for hearing before a division bench of Justices Revati Mohite Dere and R N Laddha, additional government pleader Prajakta Shinde said the police has submitted an 'A Summary' report in the case in September this year.

Naik's counsel Ashok Mundargi sought the bench to direct the local court to dispose of the matter expeditiously.

The case has a political angle

"The case has a political angle to it and in such cases the matter is kept deliberately pending. After the police submitted its report, the court issued notice to the complainant and since then the matter is pending," Mundargi said.

The bench then directed the magistrate's court to dispose of the case within three months. The 42 year old woman claimed in her complaint she was in a live-in relationship with Naik since 1995. They met in a club in 1993, where she was a receptionist, and fell in love.

They had a sexual relationship and have a child

The FIR also pointed out they had a sexual relationship and have a child. The woman alleged Naik was not treating her well and was avoiding her calls.

There were constant quarrels as well, and during one such incident Naik allegedly threatened her with a gun, as per the complaint. After this incident, she proceeded to file a complaint and an FIR was registered.

Naik had contended that for an incident which happened in 1995, the allegations were made in 2022, which was belated. He also pointed out the case was being backed by his political rivals for revenge against him. 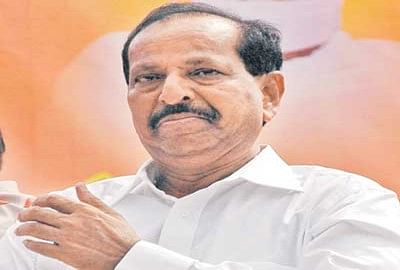