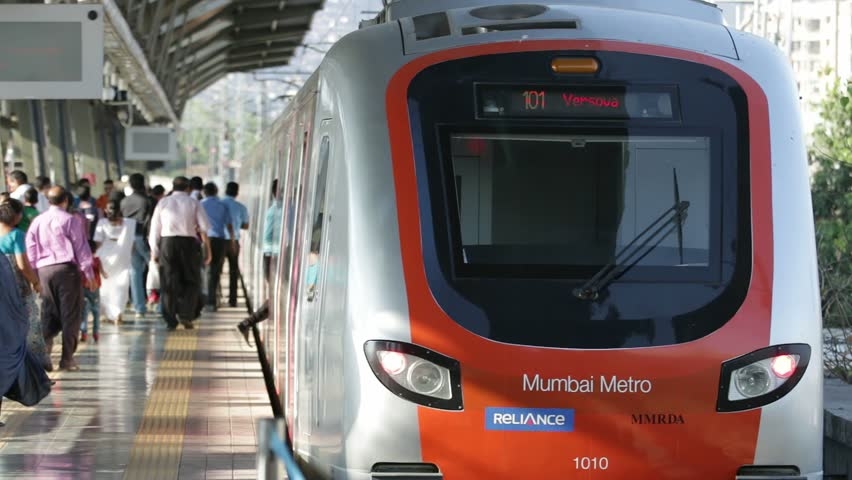 Mumbai: A day after Maharashtra Chief Minister Uddhav Thackeray gave the go ahead, the Mumbai Metro Rail Corporation Ltd (MMRCL) on Friday said it plans to start trial runs for the Mumbai Metro 3 line by early 2022.

The state government has permitted the MMRCL to create a temporary facility - a train delivery and testing track area for the technical trials of the prototype 8-coach trains due to arrive here by December, said MMRCL Managing Director Ranjit Singh Deol.

After a two-week period to assemble the train coaches, by January 2022, the trials for the Colaba-Bandra-SEEPZ fully-underground Mumbai Metro 3 corridors shall start, he added.

The trials will be conducted from the mouth of a ramp on the west of the Marol-Maroshi Road in Andheri east, in an area vacated by diversion of the road to an upcoming underpass.

The ramp - which connects the underground part of the Metro line with the surface - coming up here is around 225 metres long.

Presently, two metro trains of 8-cars each are ready, a third is being manufactured and for the testing programme of the prototype train, the parking will be at at the temporary facility at Marol-Maroshi Road, said Deol.

The development comes amid apprehensions that a Centre-State tug-of-war for the car-shed depot may delay the project by two years while an alternative site is being acquired for the prestigious Mumbai Metro Line 3.

Thackeray has also directed the MMRCL not to chop a single tree in the Aarey Colony area - which was rejected as the original proposed site for the car-shed - and instead build the ramp in Marol-Maroshi Road for conducting the train trials.

The manufacturer, Alstom, has already conducted technical trials of the 8-car trains in SriCity, Andhra Pradesh, and now the trains will be coming to Mumbai for rigorous trials of 10,000-kms before the Mumbai Metro 3 operations begin with 31 trains.

Currently, 97 percent of the tunnel work and around 70 percent of the civil works for the Line 3 is ready and the technical trials of the prototype train would mark a major milestone, said Deol.

Incidentally, through a NITI Aayog delegation which visited the state recently, Thackeray again appealed to Prime Minister Narendra Modi to intervene and end the tussle of the Kanjurmarg site selected for the Mumbai Metro carshed, which is stuck in a legal dispute. In Pictures: After 8 years of planning, Dubai Expo 2020 gets off to a glittering start