This is necessary, she said, as OBC candidates due to the state government’s recent ordinance stayed by the Supreme Court, had filed their nominations in the seats reserved for them and not in the general seats.
Sanjay Jog 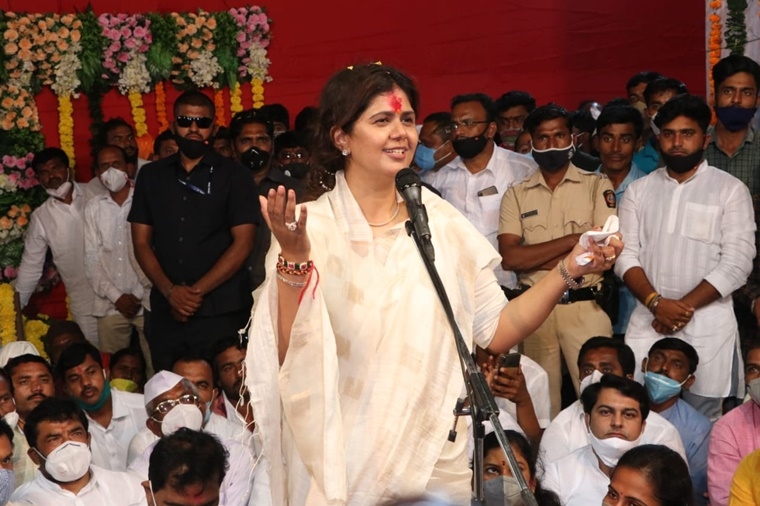 Former BJP minister Pankaja Munde, who is sulking over her neglect by the party, has become active in taking up the politically important issue of restoration of 27 per cent quota for Other Backward Classes (OBC) in local bodies and, until then, postponement of all upcoming elections. For Pankaja, it is an opportunity to consolidate her position as an OBC leader on the lines of her father and former union minister late Gopinath Munde.

Pankaja, who is the BJP national secretary, has taken the initiative along with party leaders Ashish Shelar and Pravin Darekar to demand that the local body elections should not be conducted in the state without OBC quota.

This is necessary, she said, as OBC candidates due to the state government’s recent ordinance stayed by the Supreme Court, had filed their nominations in the seats reserved for them and not in the general seats.

She said, “Therefore, OBCs no longer get the opportunity to file nominations even from the open category, which is unfair. If the elections will be held without OBC quota till the compilation of empirical data as per the apex court order, then all communities should get an equal opportunity.” She added that the election process for December 21 should be cancelled as it was initiated when OBC seats were reserved.

Pankaja, who comes from the Vanjari community, has thereby sent a message to her party and the ruling Maha Vikas Aghadi that she may be down but not out. Interestingly, she has called upon all political parties to take up the restoration of OBC quota seriously.

Earlier, Pankaja had criticised the MVA government for not providing funds and meeting other needs of the State Backward Classes Commission (SCBC), which is responsible for the compilation of empirical data of OBC. “It seems the state government wants to end the reservation to OBCs in local bodies. OBCs are questioning the government’s intent,” she said. Is Pankaja Munde still upset with BJP? Here is what Union Minister Dr Bhagwat Karad has to say