Sources from the Mumbai police said seeing the police band-o-bast on new year many citizens avoided taking vehicles if they are planning to consume alcohol.
Faisal Tandel 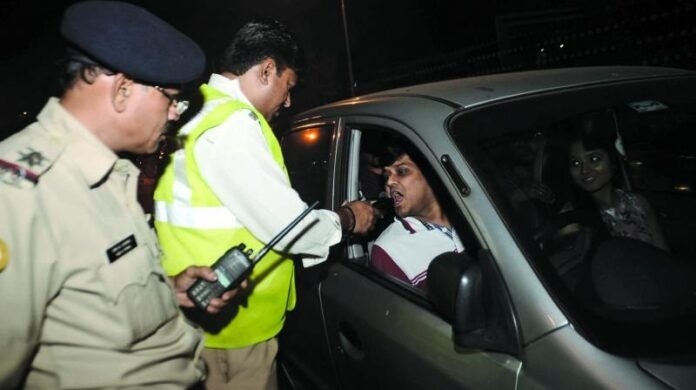 New Year's celebration and motorists driving under the influence of alcohol are common every year. However to curb the cases and fine the violators the traffic police of Mumbai and Thane had placed naka-bandi and band-o-bast to avoid any anti-social activities from the miscreants.

Sources from the Mumbai police said seeing the police band-o-bast on new year many citizens avoided taking vehicles if they are planning to consume alcohol.

Balasaheb Patil, Deputy Commissioner of police, Thane traffic police said, "We had formed 36 different teams in 18 traffic units. The teams would place naka-bandi in any new spot to catch the revelers. Also, we had surprise checks across the lanes and city roads to catch violators who were driving under the influence of alcohol and violating the rules. The 297 were caught from 8 pm to 2 am," he added, saying we held a 'no challan day' a day prior and created awareness about the traffic rules and the new fine imposed by the government.

The Mumbai traffic police from 8pm on December 31 to 8 am on January 1 across their 50 traffic units had caught 1375 traffic violators including 18 drunk and drive, 12 rash driving, 408 without helmet, 16 triple seat and 6 cases as per section 279 of the Indian penal code.

Similarly the Thane traffic police made 448 cases of traffic violation, where 279 were charged for drunk and drive under section 185 of the Motor Vehicle Act, 131 under section 188 of the MVA and 15 for rash driving. 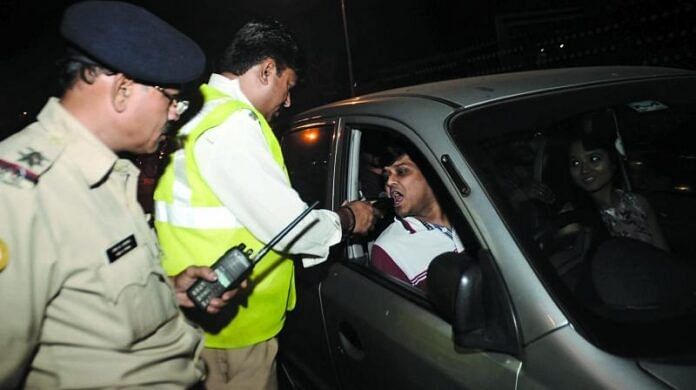 'Try not to be our guests': Assam police warns citizens not to drink and drive on New Year's Eve...