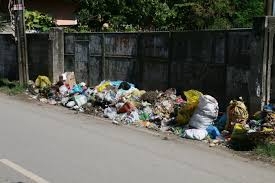 Considering the rise in the number of complaints by local residents, the Brihanmumbai Municipal Corporation (BMC) will soon deploy marshals at the H west (HW) ward to crack down violators dumping debris at public places.

Since early November, residents of Bandra, Khar and Santacruz have raised the issue of a sudden increase in the number of illegal debris being dumped in the residential areas. Localities attributed the resumption of work at reality sectors to be the main reason.

Local civic officials on Monday stated that since Saturday they have deployed marshals in various areas of H west ward to crack down these violators.

"We have chalked out certain areas from where we have received most of the complaints and have deployed our marshals in those areas," said a senior official of the Solid Waste Management (SWM) department of H West (HW) ward.

The officials also highlighted that CCTV cameras in many areas are defunct and they suspect, that these acts mainly take place during the early hours of the day.

"The entire HW ward area is adverse and we are unable to trace anybody neither the residents could point out anyone who is guilty which is why it has become difficult to track down the violators," the official added.

Local public representatives have stated even though the BMC provides door to door garbage collection facility, yet many people in their wards are unaware of these facilities.

"The civic body has provides door step pick up of garbage, debris at a nominal rate. While some people are unaware about this and some just violate the norms to save their money," Mario Fishery, member of Active Locality Management (ALM) body, Chapel Road told FPJ.

Local Congress corporator, Asif Zakaria had stated that this problem is not new but has been there for many years, although he agreed that the problem has increased recently.

"BMC is doing the best it can, but it’s not a one way process. Alongside the civic authorities, the people also need to be aware and stop dumping debris here and there. There are residents who are ignorant and unaware at the same time," Zakaria told FPJ.