The Committee for the Defence and Release of Dr. GN Saibaba ’s sole concern was, and remains, for the pending legal and urgent, life-threatening medical issues pertaining to Dr Saibaba’s case.
Staff Reporter 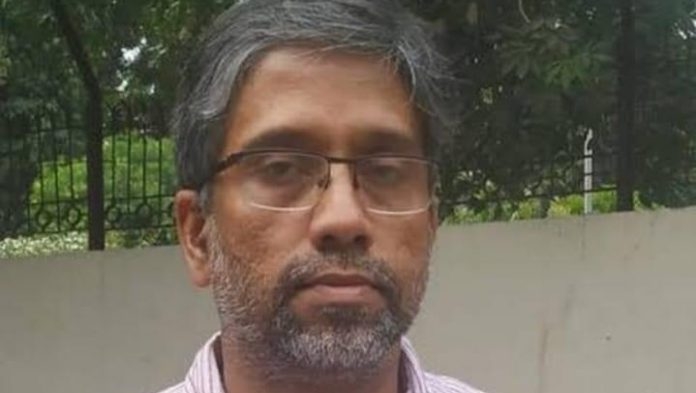 A day after the National Investigation Agency (NIA) officers raided Delhi University professor Hany Babu’s residence in Noida in the early hours of Sunday, the Committee for the Defence and Release of Dr. GN Saibaba in a press release, called for appropriate authorities to reign in intimidatory tactics of investigative agencies.

They said Hany Babu was arrested without sufficient logic and that the agency is now searching for material to justify the arrest and concocting false evidence against Babu.

During the raid on Sunday, Babu’s wife Jenny Rowena said that the officers had collected leaflets and booklets as well as a cash ledger maintained by Babu of the Defence Committee for the Defence and Release of Dr. GN Saibaba. Babu is a member of the committee.

Referring to the NIA’s statement released the same day which stated, “Hany Babu along with other accused...Rona Wilson, Anand Teltumbde, P Varavara Rao and Surendra Gadling formed a Committee for the release of G N Saibaba who was sentenced to life imprisonment for his links with CPI (Maoist),’ the committee said it smacks of an ulterior motive - to criminalise this Committee and its members, through the principle of ‘guilty by association’.

The release signed by the Commitee’s Chairperson Prof Hargopal further said that it is constituted of non-partisan, concerned citizens from a range of backgrounds and professions, who came together in 2014 when Dr G N Saibaba was arrested, and was convened by his colleagues in Delhi University; Dr Hany Babu’s involvement in the Committee is in this context. The Committee’s sole concern was, and remains, for the pending legal and urgent, life-threatening medical issues pertaining to Dr Saibaba’s case. The legitimacy and validity of these concerns are evident from the fact that even the United Nations Rapporteur has expressed concern for Dr Saibaba’s medical and legal condition, and sought his bail on medical grounds, it said.

It also stated that the appeal against conviction of Saibaba was approaching before the Nagpur bench of the Bombay High Court and given the paucity of evidence against him and the possibility that the conviction may be overturned, the central agency seems to be fishing for grounds at this point.