The workers said that they will also send the letter to state Home Minister Dilip Walse Patil regarding the same.

Speaking to the media, Ashraf Pathan said, "BJP's spokesperson Nupur Sharma has brought disrepute to India through her controversial statements. She has increased the Islamist world's anger toward India by making false statements about Prophet Muhammad. Not India, but BJP should apologize to Islamists all over the world."

Meanwhile, a case has been registered against Nupur Sharma under sections 295A, 153A and 505B of the IPC at various police stations, including Pydhonie, Mumbra, Bhiwandi and Ambernath, for her controversial statements against Prophet Muhammad. However, she has yet not been arrested.

Marjia Pathan, an activist of NCP who was part of the delegation who met the Thane police commissioner said, "Although the BJP suspended Nupur Sharma, her image has tarnished the image of the country all over the world. We said to the police chief that incidents like Kanpur should not happen in Maharashtra and the reason for maintaining peace in Maharashtra is that Nupur Sharma should be arrested immediately."

Earlier on May 31, protests were held in Mumbra demanding the arrest of the sacked leader. 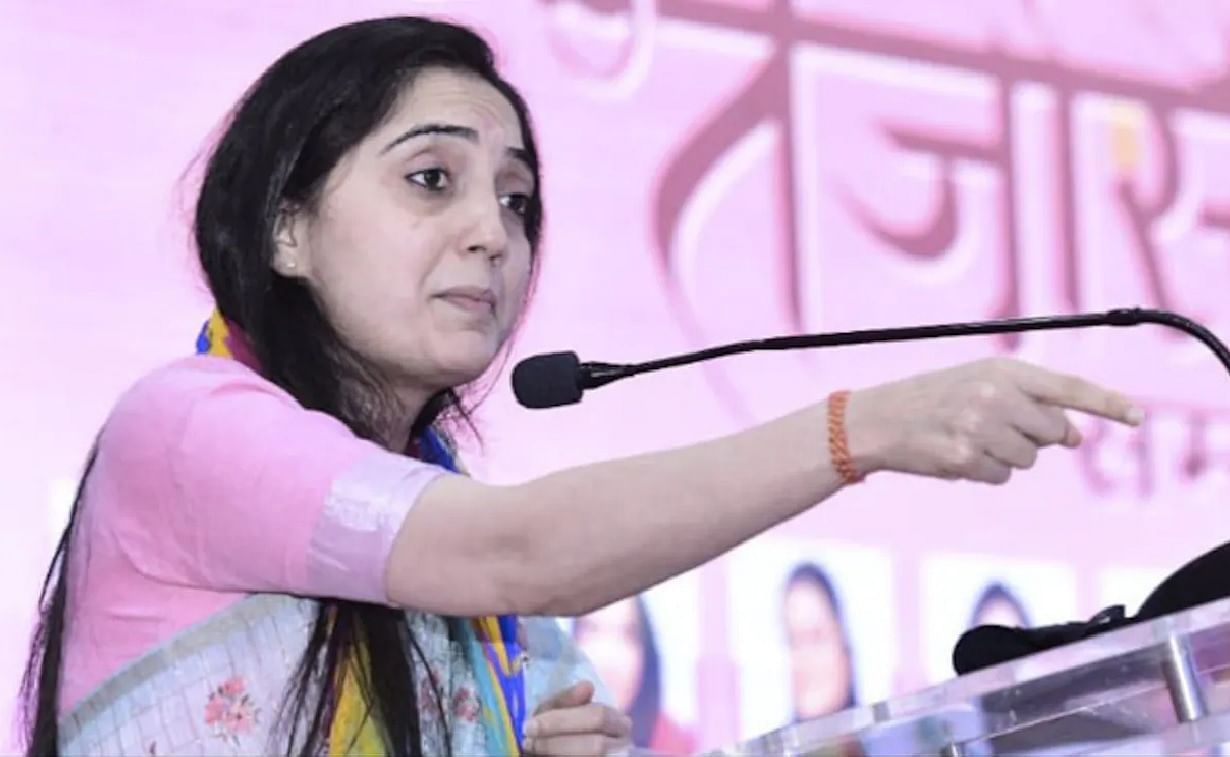