HomeMumbaiNavi Mumbai: One held with banned Gutkha worth Rs 61 lakh

Navi Mumbai: One held with banned Gutkha worth Rs 61 lakh

The patrolling team checked the vehicle after finding it suspicious.

Navi Mumbai: One held with banned Gutkha worth Rs 61 lakh | representative image
Follow us on

Navi Mumbai: Rabale MIDC police arrested a 31-year-old autorickshaw driver who was found carrying banned Gutkha worth Rs 61 lakh. Police said that he had hidden the contraband inside garlic sacks inside the autorickshaw.

The patrolling team checked the vehicle after finding it suspicious. When they searched the vehicle, they found Gutkha hidden inside garlic sacks. 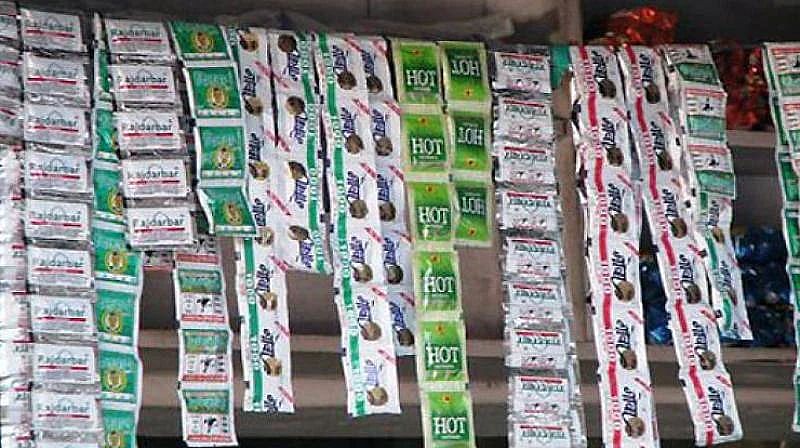 Four other accused run away

However, four other accused involved in the illegal transport of Gutkha who were in a car fled. The arrested driver has been identified as Sagar Kamlesh Gohel, a resident of Rajkot in Gujarat.

According to police, during the night patrolling, the police team found a tempo parked near Success Lodge along the service road in Mhape MIDC. There was also a white colour car with people sitting parked ahead of the tempo. When the patrolling team reached and enquired with the driver of the tempo, four people in the car fled from there immediately.

Vivek Pansare, deputy commissioner of police (zone 1) said that the patrolling team found the driver suspicious and when they enquired about him, he could not give a coherent reply. “When the car fled from there, their suspicion established that there might be something wrong,” said Pansare.

The patrolling team checked the vehicle which was laden with garlic. However, when the police removed the garlic sacks, they found that Gutkha was hidden in plastic bags inside. The driver was taken into custody and interrogated. “The Gutkha was brought in from Gujarat for distribution and sales in Maharashtra which is banned in the state,” said Pansare. He added that the driver of the car was identified as Shaukat and police are searching them.