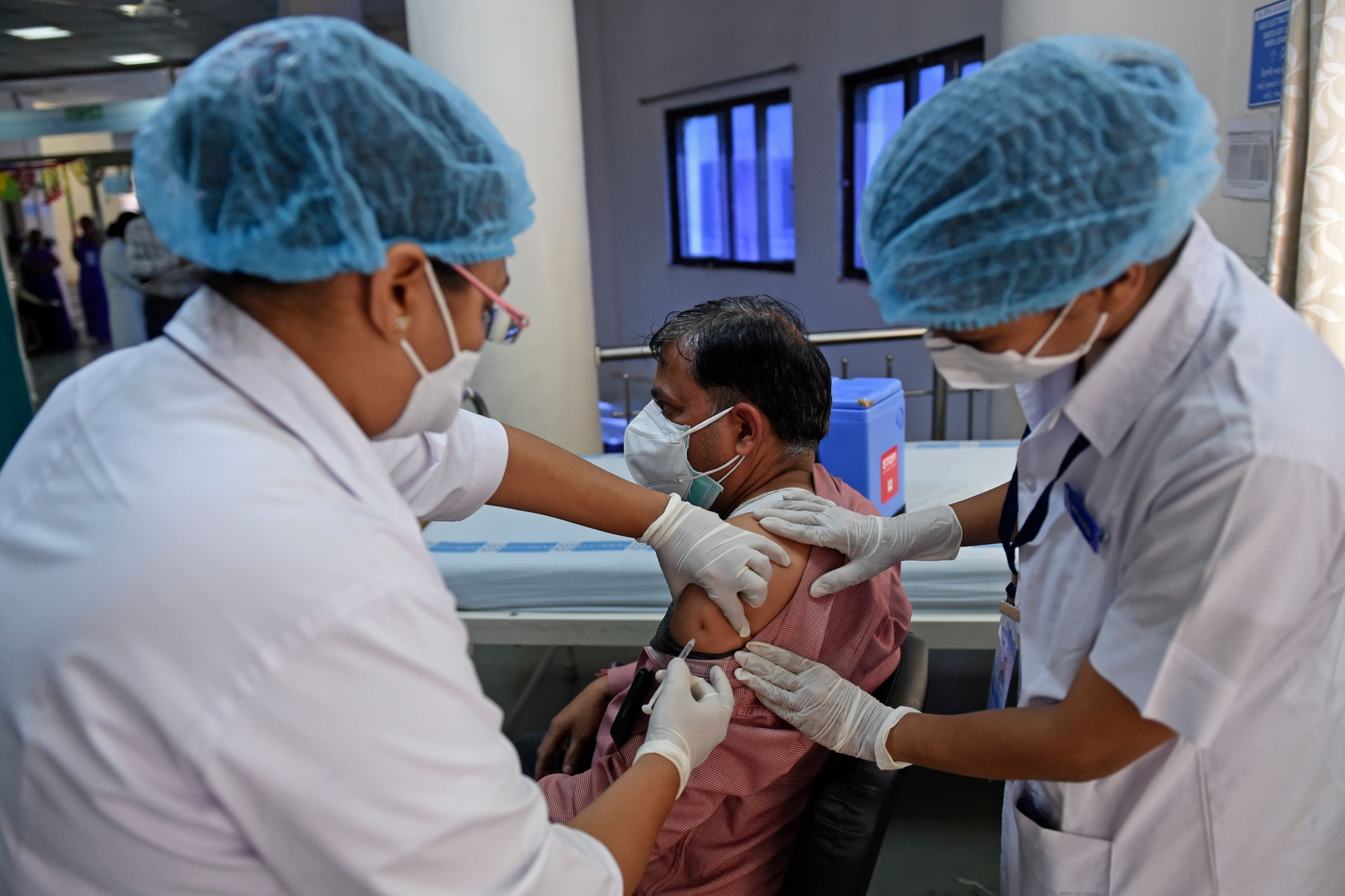 The Navi Mumbai Municipal Corporation (NMMC) has increased the number of vaccination centres from four to 10 to cater to the maximum number of beneficiaries. By end of Monday, the civic body had already inoculated around 2,500 beneficiaries, all of them were health workers and COVID-19 warriors. Now, the civic body has a targeted 1000 vaccinations per day from 10 centres. As per the report shared by the NMMC’s Health Department, by the end of Monday, a total of 2,504 COVID warriors were already vaccinated in the city. “As per the plan, a total of 3000 beneficiaries should be inoculated. However, many of them were out of the city while few of them were sick,” said a senior official from the Health Department. He added that so far 83% of the target has already been vaccinated in the city.

So far, only one beneficiary reported dinginess after the vaccination at the civic hospital in Airoli. However, around 24 persons could not be vaccinated due to multiple reasons including allergy and lactating mother.

Earlier after the two days of vaccination, Abhijit Bangar, the municipal commissioner of NMMC had appealed to citizens that the vaccine is safe and whoever have been registered and receive a message for the vaccination, must go to the respective centre. The civic chief also appealed to not believe in rumours.

In the first two days, on January 16 and January 19, a total of 550 COVID warriors were administered with the vaccine.

Bangar said that doctors who were administered the first vaccine resumed their routine work immediately after the half-hour observation period. “After the vaccination, they continued to work at the same capacity throughout the day. Therefore, the vaccine is very safe and everyone who has registered on the government portal and received the message of the date and time of vaccination should protect themselves by taking the COVID 19 vaccine,” said Bangar. Bangar said that the vaccination campaign has been launched only after the government has fully ensured the safety of the vaccine at various stages before starting the vaccination. Health workers fighting COVID across the country are getting vaccinated in the first phase. “India is not the only country to have started vaccination but it has started all over the world,” said Bangar, adding that people should get the vaccine without any fear and without believing any rumours.

As per the instructions received from the central and state government, the vaccine is completely safe for individuals over 18 years of age. However, pregnant and lactating mothers should not be vaccinated. FPJ Interview: 'Will take strict action if someone deliberately spreads rumours about COVID...