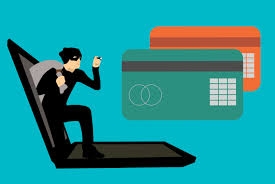 A Dadar resident was duped to the tune of Rs 5 lakh by a cyber fraudster when she posted an ad on OLX to sell a cabinet. The person posed as an army man and asked her to wire money in a series of transactions on the pretext of buying the furniture item. The unidentified accused has been booked under relevant sections of the Indian Penal Code and the Information Technology Act for cheating and impersonation. While no arrests have been made, a probe is underway.

The police said the complainant had put up an advertisement to sell a living room cabinet on October 1. A man who identified himself as Pradip Kumar contacted the complainant and finalised the deal for Rs 15,000. The police said Kumar sent a QR code to the woman on her GooglePay number, which she scanned to Rs 2 as confirmation.

Kumar then sent the woman a QR code to credit the amount of Rs 5,000, but the money got debited from her account instead. He kept sending QR codes on the pretext of rectifying the transaction, only to dupe her to the tune of Rs 50,000. After the woman questioned him, he claimed to be an army officer and sent his ID card as proof. He then asked her to share her PAN card, Aadhaar Card, photos of both sides of her debit card, which the woman obliged.

The accused then asked her to wire Rs 4.55 lakh on several account numbers, promising that he would return the money along with the earlier debited Rs 50,000. The woman obliged and wired the money. However, Kumar kept demanding more, which raised an alarm. Having realised she was duped, she approached the Bhoiwada police and lodged a complaint, based on which an FIR was recorded.