The pandemic has slowed down the movement of people but the Indian Railways are working towards strengthening the infrastructure that will enable faster movement of trains. One such project is ‘Mission Raftaar’ wherein it will enable trains to run at 160 kmph on the Mumbai-Delhi network. The Western Railway has begun primary work on the two most vital aspects for this Rs 6,661 crore project.

The WR authorities will namely be widening the base of rail tracks on Churchgate-Surat section and for the first time also create 2x25000-volt (two separate 25000 volt) power lines on Virar-Surat section. In the last two days, the WR authorities have called tenders for these two works as well. High-speed trains will bring down travel time between Mumbai and Delhi from approximately 16 hours now to 12 hours.

As part of the first work that is to widen the ‘cess’ in connection to raising speeds of trains to 160 kmph; the WR will be spending Rs 17.72 crore. A cess here means a formation below the tracks and ballasts. According to Western Railway engineers, this work will primarily entail creating a wider base on which rail tracks and ballasts will be laid for a smoother ride.

This will work as an improved cushioning which will take the load when trains run at speeds of 160 kmph and more. In the longer run, there are plans of augmenting speeds further to 200 kmph. “A wider cess would provide better cushion and load-bearing capacity. When trains run at higher speeds, it will need a wider cess. Simultaneously other improvement works on infrastructures like track structure, bridges and overhead cables; too will take place,” said a WR official on condition of anonymity.

The second work of commissioning 2x25000-volt overhead equipment (OHE) cables will provide more juice to the trains for running at faster speeds. The work will be carried out on Virar-Surat stretch at a cost of nearly Rs 31.04 crore. “There will be two separate 25000 volt lines on this stretch. This will help in faster movement of trains,” said another WR official.

Such high-powered lines are being used in Delhi Metro, a stretch on the rail network in northern India and proposed on Dedicated Freight Corridor. Earlier this year, in the General Budget, the Rail Ministry was provided Rs 1,340 crore for the upgrade. As part of Mission Raftaar, the process of building 11 new rail bridges on the 60-kms stretch of Virar-Dahanu corridor will also begin. It is part of the quadrupling of Virar-Dahanu rail lines. 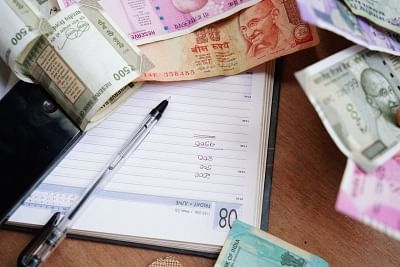