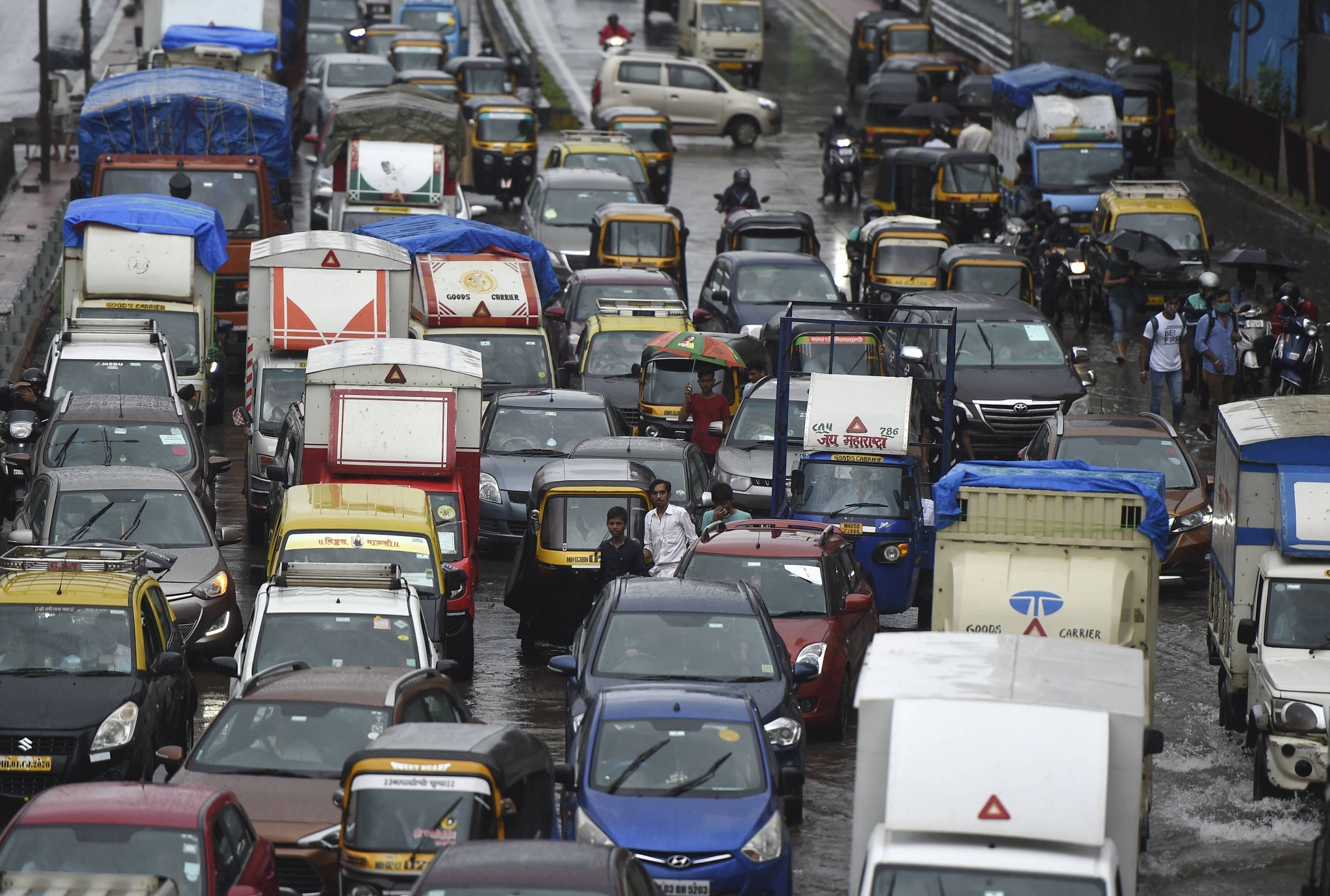 According to traffic police officials, there was waterlogging reported at Sion, Matunga, Parel and Kings Circle, where roads were completely waterlogged and traffic was stagnant. Hindmata area was also waterlogged, causing major traffic slow down in the belt.

The vehicular movement on the WEH, meanwhile, was slightly delayed, but no more than usual traffic was reported in the western suburbs. A similar scenario was seen in the eastern and central suburbs as well on Wednesday. A police official said that due to the rains, there was a slight dip in the number of vehicles seen on a regular basis, the traffic, however, was more or the same due to the rains.

According to Indian Meteorological Department, there could be moderate to intense rainfall in the city till noon. Head of SID at the Climate Research and Services Pune, K. S. Hosalikar tweeted, "These rains could disturb morning schedule, going to office & others. Enjoy coming spells for next 3,4 days."