Led by MP Arvind Sawant and others, the protesters shouted slogans against BJP Minister Mangal Prabhat Lodha for his comments at a function in Satara's Pratapgad Fort on Wednesday.

Mumbai: A day after a state Bharatiya Janata Party minister drew parallels between Chhatrapati Shivaji Maharaj and Chief Minister Eknath Shinde, the Opposition Shiv Sena (UBT) staged noisy protests in Mumbai and other parts of the country condemning the remarks.

Led by MP Arvind Sawant and others, the protesters shouted slogans against BJP Minister Mangal Prabhat Lodha for his comments at a function in Satara's Pratapgad Fort on Wednesday.

"They have no historical knowledge... We will present them copies of history class IV textbook... It will enlighten them a bit on the Chhatrapati's glorious history," said Sawant, who was detained along with many protesters by the Mumbai Police.

Caught on the back foot, the ruling Balasahebanchi Shiv Sena's Minister Uday Sawant and ally BJP attempted to play down Lodha's remarks claiming he was merely citing an example, amid the onslaught by the Maha Vikas Aghadi (MVA). 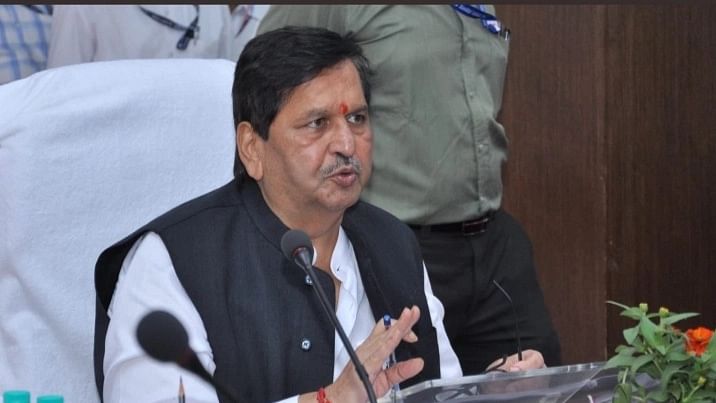 Lodha himself attempted to make a clean breast saying he had compared a factual historical incident of Chhatrapati Shivaji Maharaj's feat with Shinde's rebellion from the erstwhile Shiv Sena.

The fresh fracas ignited after Lodha recalled the Chhatrapati's fabled escape from the Agra Fort (1666) - where he was imprisoned by Mughal Emperor Aurangzeb - with the 2022 political rebellion against the Shiv Sena by Eknath Shinde - who later became the Chief Minister - though the latter had gone on record that he quit the party on his own volition.