According to Santacruz police, the complainant is a worker of a political party in Mumbai.

A 50-year-old man who is in the clothing business and is also associated with a political party has lodged a complaint with the police claiming that he had received video calls and messages from an unknown person who kept insisting to meet the leader of the party and in one of the calls, the person also claimed that he wanted to carry out blasts in India. A complaint was filed with the police following which the cops have begun tracing details of the caller.

According to Santacruz police, the complainant is a worker of a political party in Mumbai. On Wednesday between 4:57 pm and 6:27 pm, the complainant received a series of messages and video calls from an unknown person. In some of the messages, the sender asked for the contact number of the party leader. When the complainant asked the person about his name and other details, the person identified himself only as Ranjit from Bihar and said he had gotten the complainant's number from the internet. Ranjit also told the complainant that he also visited a hospital in Hyderabad in a bid to meet the leader, but could not meet him there. 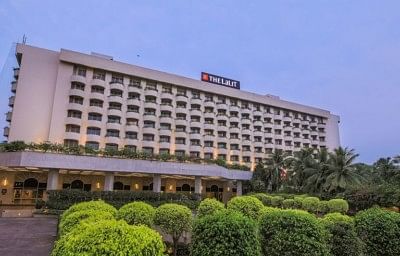 The police on Thursday registered a case under sections 505 (1) (b) (statements conducing to public mischief. Whoever makes, publishes or circulates any statement, rumour or report, with intent to cause, or which is likely to cause, fear or alarm to the public, or to any section of the public whereby any person may be induced to commit an offence against the State or against the public tranquility) and 506 (2) (criminal intimidation) of the Indian Penal Code, confirmed senior police inspector Balasaheb Tambe of Santacruz police station.