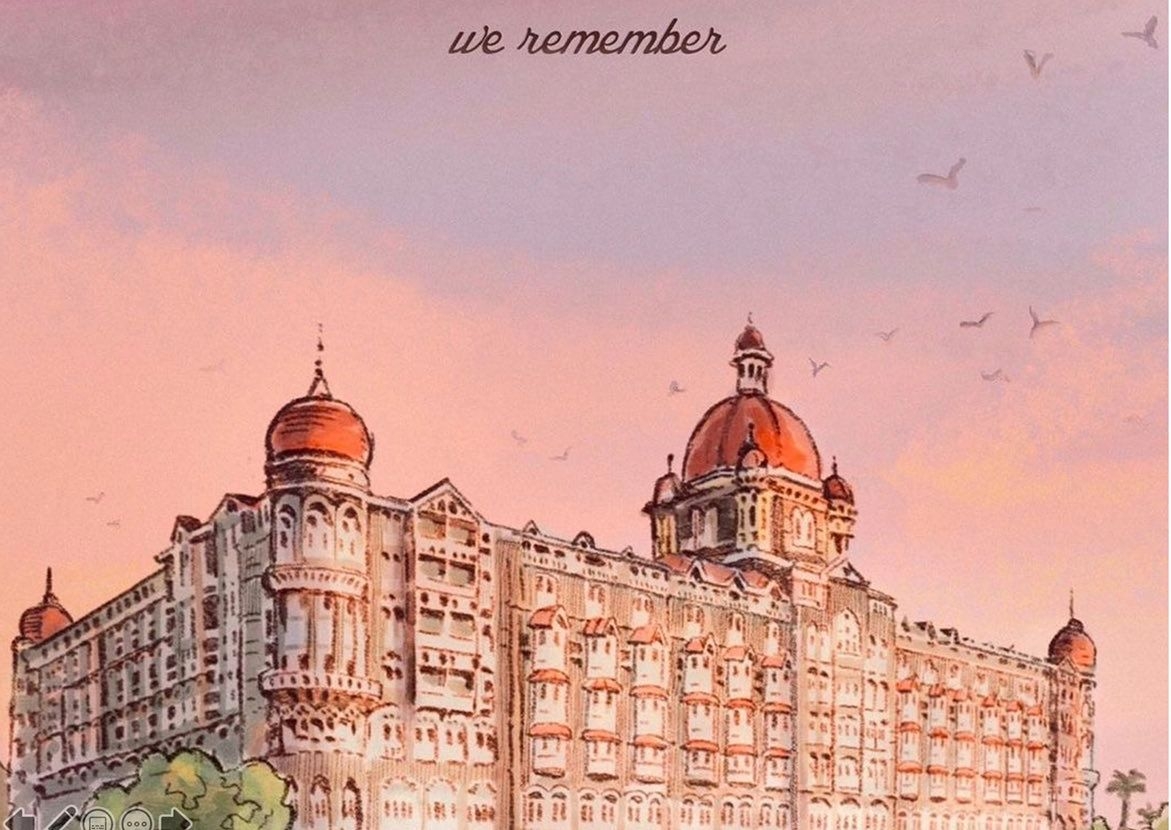 Marking the 12th anniversary of the dastardly terror strikes on Nov. 26, 2008, Mumbai paid homage to the martyrs and victims felled by bullets and brave-hearts who helped save and secure the city from the assault by 10 Pakistani terrorists, here on Thursday.

A large number of Police personnel also paid homage to their colleagues who had been martyred in the terror attacks carried out at key locations in south Mumbai, with a special thought for Tukaram G. Omble, who sacrificed his life in nabbing the sole terrorist Ajmal Amir Kasab alive early on Nov. 27, 2008.

Later, the relatives of the martyrs and several brave-hearts also turned up to pay homage to their departed kin as the Governor, Chief Minister and other top officials waited and acknowledged them with folded hands.

The relatives including widows, mothers, sons, daughters, brothers or sisters stepped upto the memorial and offered their own personal tributes with flowers or tears for their near and dear ones.

Several other relatives of victims felled during the terrorists' mayhem at various locations in a tiny area of south Mumbai also paid homage at the Martyrs Memorial and other locations.

Other in memoriams were held at the Chhatrapati Shivaji Maharaj Terminus, Hotel Taj Mahal Palace, Hotel Oberoi, the Chabad House, Cama Hospital, and the Leopold Cafe, all among the sites brutally targeted by the attackers who left a total 166 dead and over 300 injured.

Ratan Tata, chairman of Tata Trusts, tweeted: "The wanton destruction that took place 12 years ago today will never be forgotten..."

The traditional and social media featured many remembrance ads, touching tributes and messages of the 60-hours that shook the world before the security forces won over the terrorists, killing 9 and taking one alive to face the Indian law in an unprecedented 'open trial'.

For the first time in 12 years, the memorial function was held at the new Martyrs Memorial built recently at the Mumbai Police Commissionerate premises after it was shifted from the Mumbai Police Gymkhana at Marine Drive, where tunneling work of the ongoing coastal road project is underway.