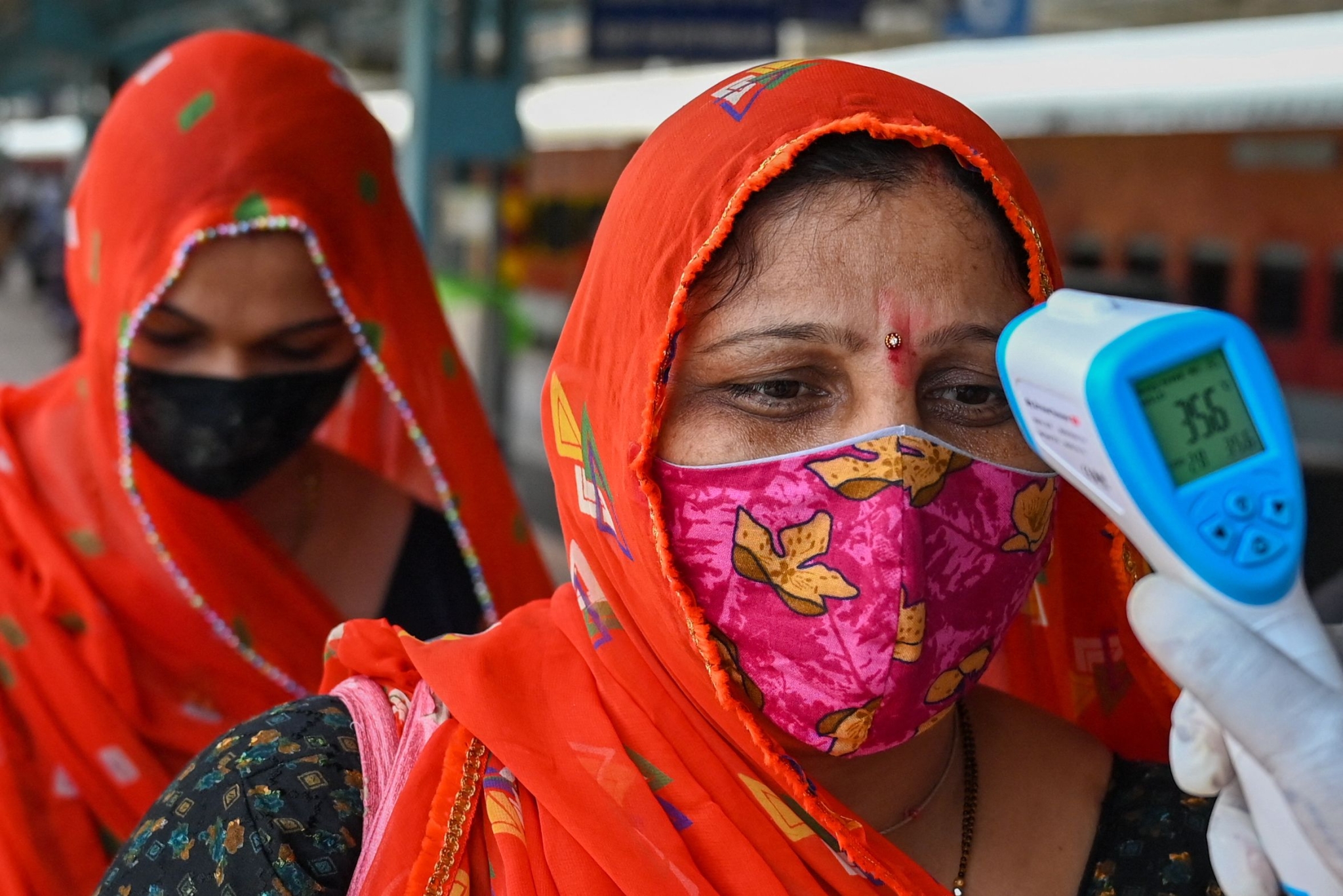 A health worker takes the body temperature of a passenger to check for Covid-19 coronavirus symptoms after arriving at a railway platform on a long distance train, in Mumbai on May 27, 2021. | (Photo by AFP)

Ticket and random luggage checks at railway stations and inside trains have been intensified prior to Independence Day celebrations. CCTV surveillance has also been boosted, officials said. The railways has been struggling to keep a check on people entering station premises and even travelling ticketless by local trains.

Officials claimed that citizens are desperate to travel by suburban trains for work, and considering that August 15 is approaching, it becomes all the more important to intensify these checks. Railway passenger association members confirmed that the Railway Protection Force (RPF) and Government Railway Police (GRP) are randomly stopping passengers, asking for identity proofs and atickets.

A senior RPF official said they have been receiving certain inputs related to security around Independence Day. “It is a regular feature each year to magnify our checks and keep vigil at all railway stations,” he said.

Officials have claimed that ticket booking and checking staff, too, are vigilant, though it is practically difficult to monitor so many passengers. At present, the Central Railways (CR) and Western Railways (WR) are officially catering to a daily passenger count of 25-26 lakh. However, the on-ground situation is very different as trains are considerably packed during peak hours.

The Maharashtra government has stated that many of its employees are not issued tickets and passes despite carrying valid identity cards. The under-secretary of the disaster management unit, Shrirang Gholap, has written to the general managers of both WR and CR about issuing monthly passes and tickets to state government employees.

Over two lakh ticketless WR travellers have been caught between April and July this year, with recovery of fines touching Rs 12 crore. The CR caught 3.04 lakh people for ticketless travel in this period and collected fines of Rs 15.92 crore.

Sumit Thakur, Chief PRO of WR, said that during this period, three cases of transfer of reserved tickets were detected. Besides, 127 beggars and 156 unauthorised hawkers were apprehended from railway stations. The railway also prosecuted 135 persons and collected Rs 53,470 in fines.