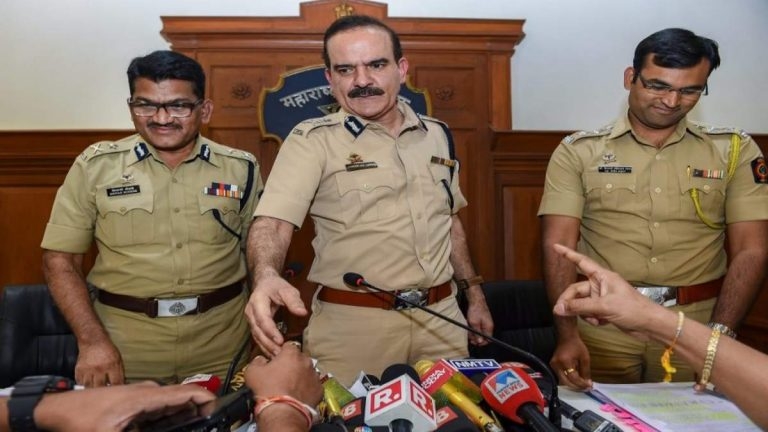 The allegations of corruption levelled against former Maharashtra home minister Anil Deshmukh are "baseless" and a "vindictive act" of senior IPS officer Param Bir Singh, a Mumbai-based builder claimed in his affidavit submitted before an inquiry commission on Wednesday.

The builder, Bimal Agarwal, who had filed an extortion case against Singh and dismissed police officer Sachin Waze, submitted a 26-page affidavit before the one-member commission of Justice (retd) Kailash Uttamchand Chandiwal.

The Maharashtra government in March this year formed the commission to conduct a probe into corruption allegations levelled by Singh against the then state home minister and NCP leader Anil Deshmukh.

In his affidavit, the builder described the manner in which Waze extorted money from him, allegedly at the behest of Singh.

"The entire episode of writing a letter with baseless allegations and attacking Deshmukh as well as the state government is the vindictive act of Singh and Waze," Agarwal said in the affidavit.

He also urged the commission to dismiss all the allegations made in the letter (written by Param Bir Singh to the state chief minister) "in the interest of justice", and recommend relevant action against Singh, Waze and others.

The next hearing into the matter before the inquiry commission will be on August 30.

Based on a complaint filed by the 48-year-old builder, the Goregaon police here last week registered an FIR against Param Bir Singh.

This is the fourth such case against Singh and second in Mumbai. Two other cases were filed in Thane city. All these FIRs were registered within a span of one month.

In this case, Waze and four others - Sumit Singh alias Chintu, Alpesh Patel, Vinay Singh alias Babloo and Riyaz Bhati - have also been named as accused, according to police.

As per Agarwal's complaint, the accused extorted Rs 9 lakh from him for not conducting a raid on two bars and restaurants, which he ran in partnership, and also forced him to buy two smartphones worth around Rs 2.92 lakh for them. The incident occurred between January 2020 and March 2021.

Accordingly, the case was filed under Indian Penal Code (IPC) Sections 384 and 385 (both pertaining to extortion) 34 (common intention) against the six accused and a probe into the case is on.

Singh is currently posted as DG Home Guards and he has not been attending office since May as he is on sick leave.

He was shunted out as Mumbai police commissioner in March this year after the arrest of Sachin Waze in the case of an explosives-laden vehicle found near the residence of industrialist Mukesh Ambani in Mumbai.

Later, Singh claimed in a letter to Chief Minister Uddhav Thackeray that Deshmukh used to ask police officers to collect money from restaurant and bar owners in Mumbai.

Deshmukh, who resigned from the post of state home minister in April this year, has repeatedly denied the allegations levelled against him.