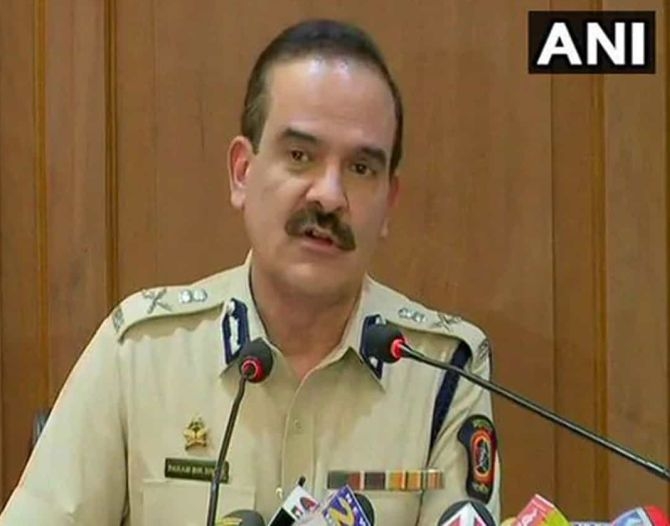 A builder who has filed an extortion complaint against former Mumbai police commissioner Param Bir Singh, has told the investigators that during his meeting in March this year with his former business partner and close aide of Singh, he had heard him saying that the NIA will investigate four to five Maharashtra ministers and the state government would be toppled soon, a police official said.

Mumbai police have registered an FIR against Singh for allegedly demanding Rs 15 crore from the builder Shyamsundar Agrawal. The case was registered at the Marine Drive police station in south Mumbai on Wednesday. Agrawal's former partner Sanjay Punamia (55) and his associate Sunil Jain (45) have been arrested in the case.

On the basis of Agrawal's complaint, police have registered a case of extortion against Param Bir Singh.

As per his complaint, after their partnership ended due to disputes in 2011, Punamia had filed at least 18 cases of alleged extortion and cheating against Agrawal.

In his statement to police, Agarwal said that, on March 23 and March 30 this year, he met Punamia for settlement. This meeting was tape recorded by Agrawal and it forms the basis of the FIR against Singh and others.

Agrawal told the police that during the meeting, Punamia got calls on his phone from Param Bir Singh, DCP Akbar Pathan and other officers.

During their phone calls, he heard Punamia discussing about the Rs 100 crore letter bomb written by Singh against the then Home Minister Anil Deshmukh, Agrawal said in his statement to police, the official said.

He said that Punamia also discussed that the CBI will soon begin the probe into the Rs 100 crore allegation and the NIA would inquire four to five ministers of the state government and this government will be in trouble and will be toppled soon.

Param Bir Singh was shunted out as Mumbai police commissioner on March 17 this year after the arrest of dismissed police officer Sachin Waze in the case of an explosives-laden vehicle found near the residence of industrialist Mukesh Ambani in Mumbai. Anil Deshmukh resigned as a minister following the allegations of corruption levelled by Singh.