In a now-deleted tweet, the GRP said that twenty passengers were stuck in a lift at Bandra railway station for about half an hour. The Western Railway spokesperson told FPJ that the incident had occurred on December 16, 2022, due to crammed passengers.

Twenty passengers were stuck in a lift at Bandra railway station for half an hour, the Government Railway Police said in a tweet on Wednesday; the tweet was later deleted.

They further said that Shaheen Pathan from the Bandra government police station reached in time to rescue the passengers.

In a now-deleted tweet, the GRP wrote, “Twenty passengers were stuck in a lift at Bandra railway station for about half an hour. PC Shaheen Pathan from Bandra Railway Police Station reached just in time to help the passengers come out of the lift, with the help of an electrician and Station Manager.”

Read Also
ON CAMERA: 3 minor girls trapped in lift of 'Assotech The Nest' society in Ghaziabad for 25 mins,... 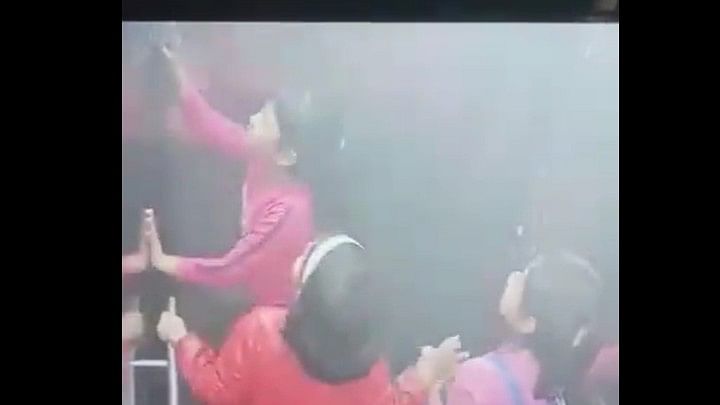 The Western Railway spokesperson told FPJ that the incident had occurred on December 16, 2022 at 10 .05 pm. “Passengers crowded the lift without considering the overload aspect. Hence, the lift got stuck,” the railway official said.

According to Railwayofficials there were about 25 passengers in the lift when the incident happened. The passengers stuck in the liftonPlatform no 1were rescued by 10.25 pm. “Proper setting was done and now the lift is functioning well,” the official said.

As per Railway officials, all the lifts installed at stations are equipped with an automatic rescue system. “On pressing the emergency button, the lift automatically opens after reaching thenearestfloor,” said an official adding that when passengers try to forcefully open the door, the sensor system of the lift is adversely affected resulting in the lift getting stuck.