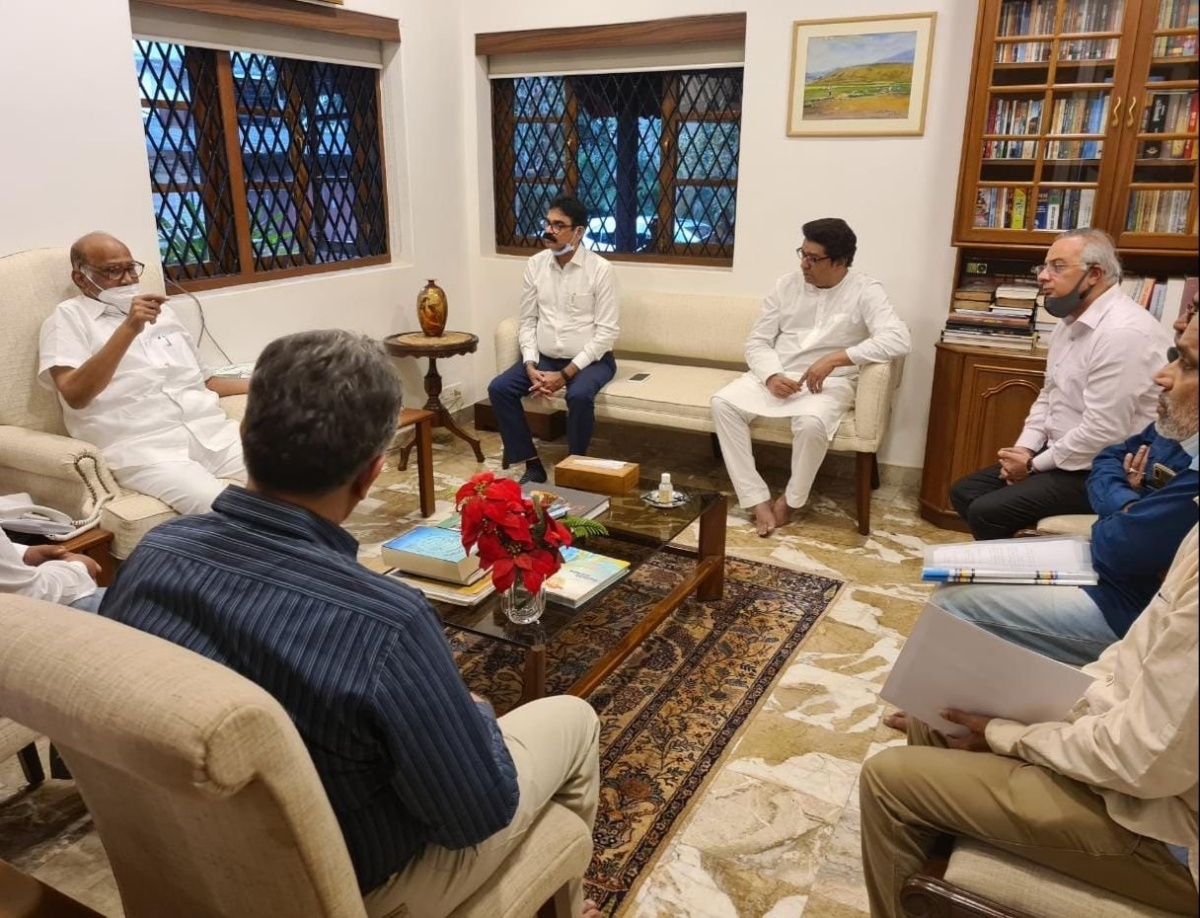 The MNS chief was accompanied by Bala Nandagonkar, Nitin Sardesai and few other party members. His meeting comes on a day when chief minister Uddhav Thackeray underwent a neck surgery.

According to a report, during the meeting, Raj Thackeray requested Sharad Pawar to resolve the ST issue. Raj Thackeray also demanded implementation of 7th pay commission for ST Corporation.

He said that only ST issue was discussed during the meeting and it was expected that Sharad Pawar would come up with a solution, said Bala Nandgaonkar.

All 250 bus depots of the Maharashtra State Road Transport Corporation remained shut on Friday also due to an ongoing strike by employees though some staffers have resumed work at workshops of the transport undertaking, MSRTC officials said.

Bus operations were paralysed as for the fourth consecutive day all depots remained shut due to the indefinite strike by employees that started on October 28 to demand merger of the MSRTC with the state government. A merger will accord the status of state government employees to MSRTC staffers.

"All 250 depots are shut across the state, but scores of employees at workshops have returned to work," said a spokesperson of MSRTC.

On Thursday, Maharashtra transport minister Anil Parab had assured full protection to employees who are willing to rejoin duty.

According to the MSRTC officials, so far the state-owned corporation has suspended 2,053 employees, including 1,135 on Thursday, from various depots for taking part in the strike and asking others to join the stir.

An official said the corporation is likely to take similar action against more employees.