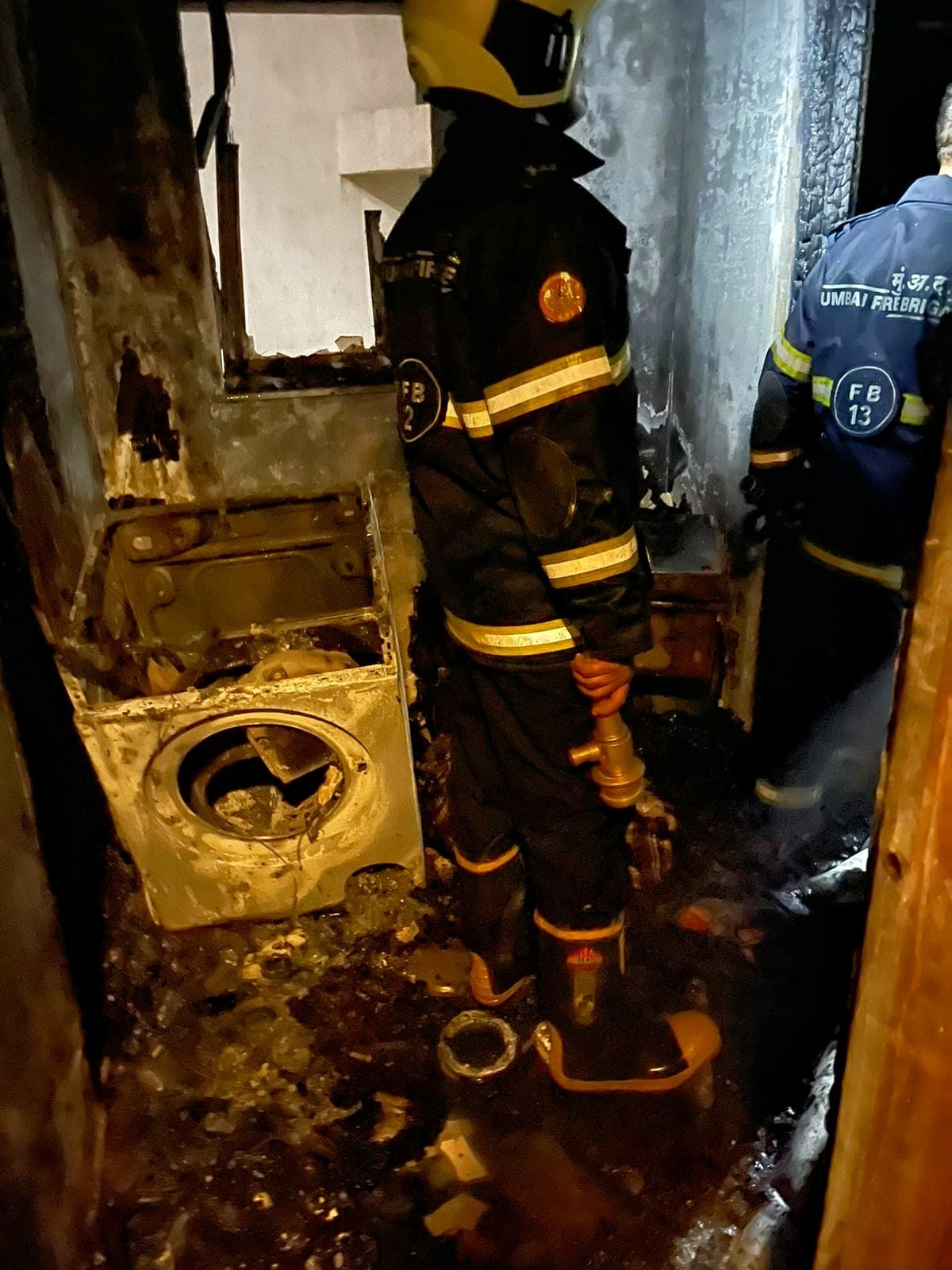 Mumbai: A minor fire broke out at an apartment on the 17th floor of a ground plus 35-storey building in Worli’s Gandhi Nagar area in the wee hours of Sunday, a Mumbai fire brigade officer said.

The fire was doused within 15 minutes and no casualty was reported, firemen confirmed.

The fire was classified as Level 1 (minor) fire and the family residing in the flat was safely evacuated. The fire did not spread outside the flat, the officer said.

At 1.53am, the fire brigade received a call about the blaze in flat no. 1701, on the 17th floor of Marathon building in Gandhi Nagar, Worli, the officer said.

“Local police, fire brigade officials and BEST (electricity unit) rushed to the spot and the flames were doused by around 2.15am and the situation was brought under the control,” said an official from BMC’s disaster management unit.

According to disaster management officers, “The fire was confined to the furniture inside the flat. Apart from the furniture that was gutted in the blaze, the fire did not spread to other parts or outside the flat and was immediately brought under control. The cause of the fire is yet to be ascertained. However, we are not ruling out the possibility of a short circuit, near the washing machine area”, said an officer of the Mumbai Fire Brigade. Mumbai: Fire breaks out on 17th floor of 35-storey bulding in Worli; no one injured