Mumbai: There were genuine buyers; there were also those who had only queued up to know more. And then there were a few who were there just because everyone had queued up. Yesterday, when the railways along with the BMC launched the process to issue monthly passes for local train travel from August 15 (Sunday), the Western and Central Railways sold 23,251 passes till 6 pm. The number comes to around 1.16% of the 20-odd lakh fully vaccinated people in the Mumbai Metropolitan Region.

Work began at 7 am, when the railway officials, alongside BMC staff and the police took their places at 358 helpdesks spread across 53 railway stations. There was not much rush for the passes initially, but crowds began to swell post-lunch. At Malad station, officials from BMC’s P North Ward manning the helpdesks said the footfall increased during the second half of the day. “More people started coming in post noon. Till 3 pm, we registered 245 commuters for the passes, of whom at least 150 people came in the afternoon,” a BMC official from P North said. Another BMC official at CSMT said a problem cropped up when the helpdesk staff’s phone batteries drained out due to continues scanning of citizens’ documents to verify the credentials. “We have been allotted a desk at CSMT to verify the documents and stamp them, but before that, we had to scan the documents. By noon we scanned over 300 documents. But then our phones got drained out. We have requested the railways to provide us with a charging station near the desk,” the official said.

At all helpdesks, registers were maintained with details of those who had submitted the documents. The entire exercise may have appeared as daunting to several passengers, but it did not deter the ticketless travellers. “We caught quite a few who were travelling ticketless, just like any other day,” a WR TC told FPJ.

ESSENTIAL WORKERS CAN CARRY ON AS USUAL

Madhu Kotian, president of the Mumbai Rail Pravasi Sangh, praised the arrangements yesterday. “I visited a few railway stations where things appeared to be in control,” he said.

On the Central Railway’s Main Line, Dombivali station sold most passes yesterday (1,217), followed by Kalyan and Mulund. On the Western Line, Borivali station was the busiest with 449 passes sold. 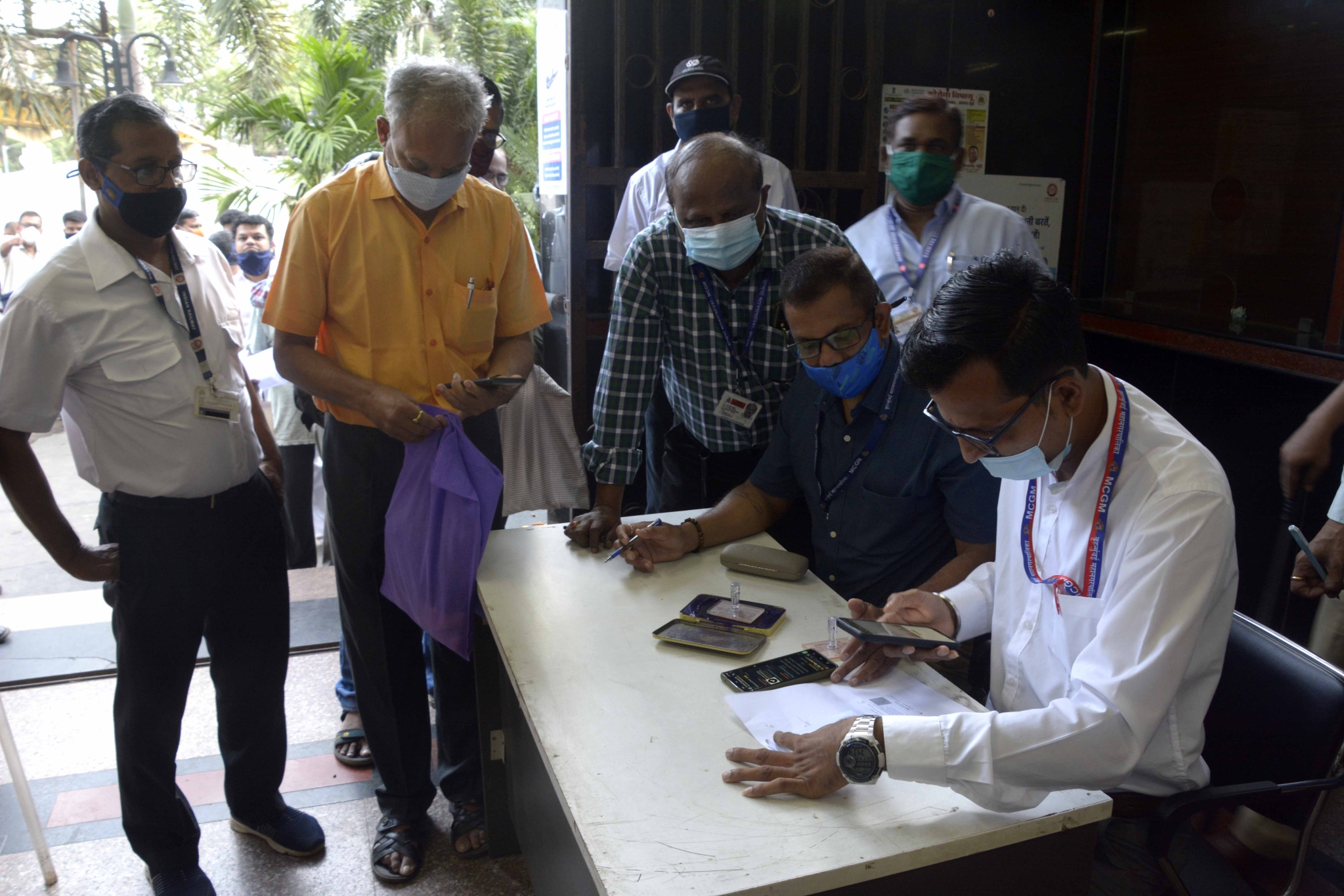 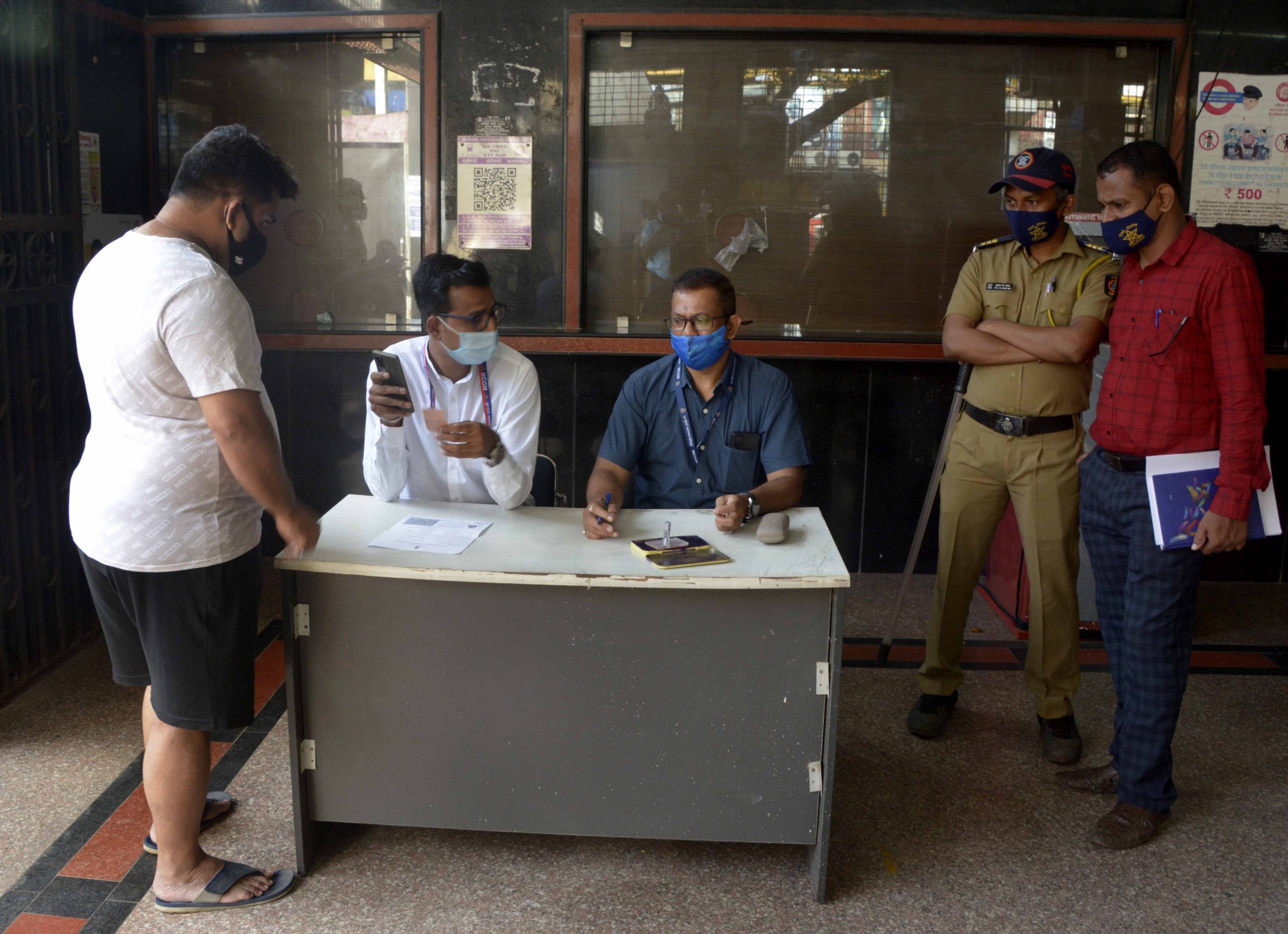 The most common query at the railway stations among those who queued up for the season tickets was, “Why do they need photocopies of vaccination certificates when the same is available on government apps such as CoWin and Aarogya Setu?”

Siddesh Desai, a member of the Rail Passenger Association, said that asking for photocopies of the vaccination certificate was a waste of time. “Government apps such as Aarogya Setu and CoWin have this data stored. There is no need for a photocopy,” he said.

Apart from a few glitches, things went smoothly by and large. There were issues of barcodes on some vaccination certificates not getting scanned, but those were resolved. Regarding the photocopies, the railway authorities said they were merely following the directives issued by the state government.