Two days after the crime branch (unit 1) of the Mira Bhayandar-Vasai Virar (MBVV) police commissionerate busted a racket involving issuance of fake Covid-19 negative reports to bus passengers, a 26-year-old lab technician from Mira Road was held for a similar crime on Wednesday.

A resident of Lalji Pada area in Kandivali (west), the accused identified as-Krishna Ramdular Saroj (26) works as a technician for the Mira Road unit of a well-known chain of laboratories. Acting on a tip-off that the accused was doling out RT-PCR negative reports for Rs. 1,000 without conducting swab tests, the crime branch team led by Police Inspector- Aviraj Kurhade under the supervision of DCP (Crime)- Dr. Mahesh Patil, deputed a decoy who sent copies of Aadhar cards of six people.

Within a few hours the accused generated Covid-19 negative reports and handed them over to the decoy after taking Rs. 6,000. Notably, all six people are actual Covid-19 patients who are under treatment for the infection at various healthcare facilities in the twin-city.

The crime branch team comprising-PSI- Hitendra Vichare, police personnel-Sanjay Shinde, Kishore Vadile and Sandip Shinde immediately arrested Saroj and registered an offence against him under sections 465, 468 and 471 of the IPC at the Naya Nagar police station. Not ruling out more arrests in the case, police said that Saroj is under the scanner of investigations for issuing several such fake reports since the pandemic broke out last year.

Several migrant workers from Mumbai, Thane, Palghar and other districts were heading to their home states as Covid-19 cases witnessed a steep rise in the state. Negative RT-PCR reports have been mandatory for people arriving from Maharashtra; however, some greedy elements are making a mockery of the deadly pandemic by ignoring the guidelines and turning it into a money minting exercise by adopting fraudulent methods which could further spread the infection.

Read Also
Rupee becomes Asia's worst-performing currency; falls 17 paise against US dollar amid a surge in... 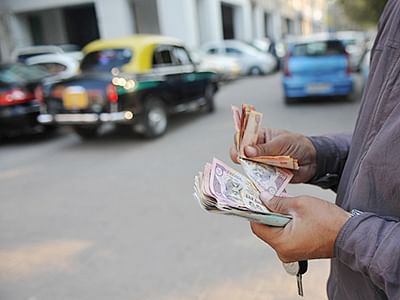