HomeMumbaiMumbai: In a relief for citizens, indefinite auto and taxi strike by union postponed

Mumbai: In a relief for citizens, indefinite auto and taxi strike by union postponed

Currently, the minimum fare for metered taxis is Rs 25, the union has demanded that the fares be revised to Rs 30.

Mumbaikars can breathe a sigh of relief. The indefinite auto and taxi strike announced by the union on September 15 has been postponed. On September 13 a meeting was held at Mantralaya under the chairmanship of Maharashtra Industry Minister Uday Samant to discuss the demands and problems of the autorickshaw and taxi operators. After the meeting, taxi and rickshaw unions of the city decided to postpone the proposed strike. More than two dozen representatives of various taxi and rickshaw unions of the Mumbai Metropolitan Region (MMR ) were present at the meeting.

“The industry minister has assured us that his government will take a concrete decision for regulating several issues of rickshaw and taxi drivers including fare hike within 10 days,” said A L Quadros, General Secretary of Mumbai Taximen's Union. Earlier Mumbai Taximen's.

Union leader A L Quadros demanded a fare hike and had threatened to go on an indefinite strike from September 15 onwards. The taxi union has been demanding a hike in their recent petition. Currently, the minimum fare for metered taxis is Rs 25, the union has demanded that the fares be revised to Rs 30. Similarly, rickshaw unions are also demanding a revision in minimum fare from Rs 21 to Rs 23.

In this meeting, on behalf of the Mumbai Autorickshaw Taximen's Union, President, Shashank Rao made a detailed presentation regarding the demands of the autorickshaw drivers. "CNG gas used for auto rickshaw and taxi business should be provided at 40 per cent subsidized rate, and until this demand is met, an interim increase in the fare of rickshaw and taxi based on the recommendation of the Khatuwa Committee should be given" demanded Rao.

Apart from that Rao also demanded, the formation of a welfare corporation for autorickshaw drivers and owners. "Due to the corona pandemic, the rickshaw operators in Maharashtra have not been able to repay the loans taken for rickshaws on time. Finance companies are seizing rickshaws illegally by threatening and using gangsters, criminal action should be taken against these finance companies and justice should be given to the rickshaw drivers by prohibiting the illegal seizure of rickshaws" further added Rao.

Mumbai Rickshawmen’s Union leader Thampy Kurien was also present at the meeting. He requested the minister to solve the parking issues of rickshaw drivers.

"The Minister said that the government is positive regarding all these demands and assured representatives of the unions that soon another meeting will be held and decisions will be taken to fulfil these demands." further added Kurien. 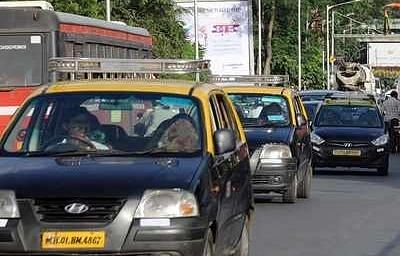