Mumbai: Himalaya Bridge to be ready by mid-2020 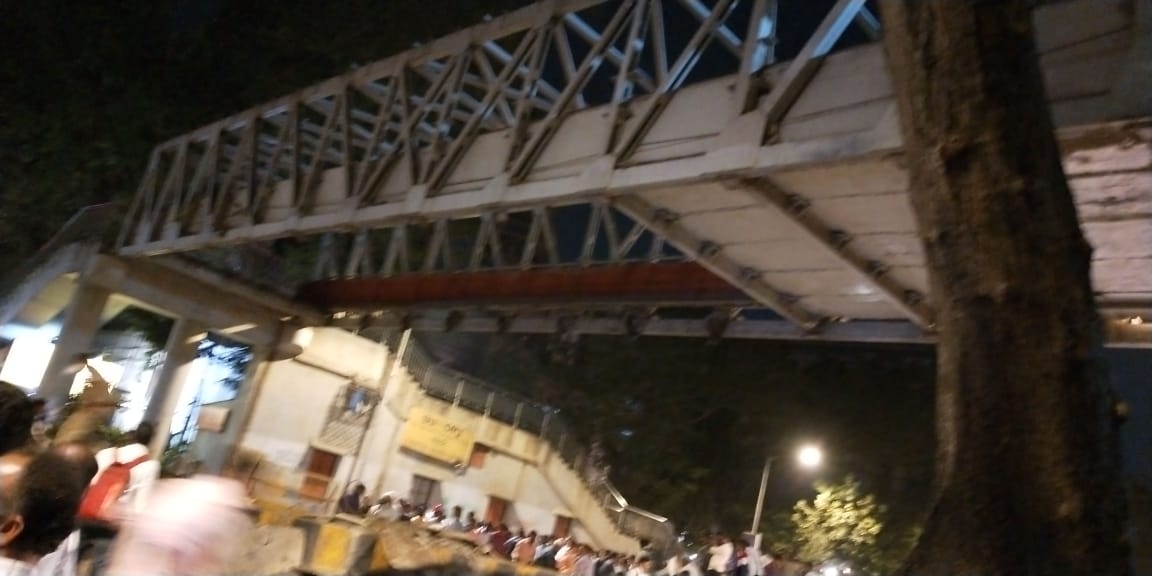 Mumbai: The dreaded Himalaya foot over-bridge, which came down crashing last year will soon be rebuilt by the Brihanmumbai Municipal Corporation this year. The nodal footbridge had collapsed in March 2019, claimed six lives and injured over 30 people.

Since the mishap, the bridge has been shut and the reconstruction is expected to begin soon. As many as 25,000 commuters would use the bridge connecting the CSMT Station with the Times of India, over the DN Road. Now the bridge is not there, Mumbaikars are inconvenienced, as they have to use the subway, 200 metres away from the collapse spot.

The project is presently under the development phase and the first phase of the plan has been approved by the civic authority.

However as the Anjuman-I-Islam university, Times of India building and CSMT are heritage structures. The bridges department is awaiting a nod from the Mumbai Heritage Conservation Committee (MHCC), as they require a ‘No Objection Certificate’ before commencing the construction. “The construction site and the surroundings have heritage buildings. We want to initiate the construction at the earliest, but without harming heritage properties. Therefore, we need a go-ahead from the MHCC,” said a bridges department official.

“The MHCC has evaluated our plan and given us their nod orally. We are waiting for the completion of the official documentation, following which tenders will be floated,” he added.

The new steel bridge will be 9 metres wide and 30 feet long. The estimated cost of the project will be around Rs7 crore. The engineers aim to make the bridge’s foundation stronger. The project is expected to begin in three months, and the bridges department aims to complete it by mid-2020.

Chances are BMC may also install an escalator, as building a concrete staircase may affect the building. However, the official didn’t confirm it, stating such decisions are taken in the final stage.