Fire hydrants that were used to extinguish fire in Mumbai have been in existence since the time of the British era.
Vikas Nag 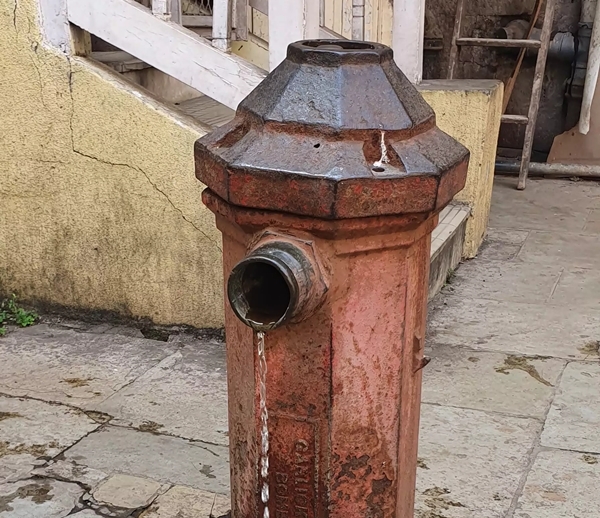 Mumbai: As a metropolis grows in population and size, incidents of fire are also rampant. However, alarmingly most of the city’s hydrants are not in a working condition, which were once used as a water source during a fire-fighting operation. The Mumbai Fire Brigade though claims to be well equipped with the modern technology.

Hydrants that were used to extinguish fire in Mumbai have been in existence since the time of the British era. Presently, the system has malfunctions and many hydrants have been disturbed.

According to an official from the Fire Department, “Currently, there are 10,843 hydrants in Mumbai, of which only 1,353 are in working condition and the rest 9,290 hydrants are not working.

These areas get water supply for a specific time. So, there is no question of using a fire water hydrant to douse the fire.”

Further, the official said, “In an urgent situation, when the water tankers get empty, we need to call or message the Brihanmumbai Municipal Corporation (BMC) ward officer to release water in the hydrant. But that too takes around half-an-hour to get a good water pressure. By then the entire thing will be gutted in the fire.”

After the Delhi fire incident, once again discussions on fire safety has begun. There are areas in Mumbai such as Kalbadevi, Bhendi Bazar, Dharavi, Bhuleshwar among others that have narrow and congested lanes are a challenge to the fire brigade even now.

There is always a huge crowd of people in such areas. As many people work in small markets, godowns, warehouse and shops and they stock their goods in bulk, when a fire occurs, then the fire fighting team faces the challenge to reach the spot. In such situations these fire hydrants can be used to douse the fire.

According to a fire official, the accident in Delhi was very unfortunate. “We have to learn a lot from this. Seeing the situation here, a similar incident can happen here too.

At least six metres width of way is required for the fire engines to reach the spot. The roads and lanes here are illegally occupied by hawkers and illegal parking.”

“There was a similar fire in Manish Market near CSMT around three years ago. Due to the narrow lane, public congestion and bulk storage of flammable materials, the fire spread really fast. In such a situation, the possibility of loss of life cannot be ruled out,” he added.

The Mumbai fire department is well equipped with the latest technology for fire-fighting operations. Firemen and officers of the department are also well trained. The Mumbai Fire Brigade claims to be always ready to deal with any mishap and has 34 fire stations across the city.

The department is equipped with 115 types of vehicles, including fire engines, water tankers, 15 ambulances etc. For fire-fighting in high-rise buildings, the department has a 90-metre long hydraulic platform, fire robot and articular water tower.

There are many old markets and commercial buildings in Mumbai. And areas like Bhuleshwar, Bhendi Bazar, Walkeshwar, Shastrinagar, Behram Pada and Dharavi area have many old commercial structures and these areas are fire sensitive.