The family had earlier refused to claim the body, demanding that the municipal commissioner and police take action
Staff Reporter 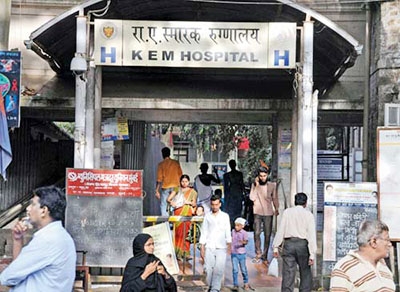 The family had earlier refused to claim the body, demanding that the municipal commissioner and police take action against the hospital authorities for their negligence and hold the dean responsible for Prince’s death.

On Monday, the KEM hospital dean, Hemant Deshmukh, handed the family a cheque for Rs 10 lakh as compensation in the presence of Bharatiya Janata Party MLA Captain Tamil Selvan, after which the Rajbhars claimed the body.

Pannelal Rajbhar, Prince’s father said, “We have received a cheque of Rs 10 lakh but what are we going to do with it? We have lost our son because of the fire. Who is the culprit? Such an incident should never happen again.”

Prince was born in Mau district, Uttar Pradesh, with a congenital heart disease and was brought to KEM hospital for treatment. On November 7, a fire broke out in the paediatric intensive care unit where Prince was.

An ECG nodule caught fire, causing him severe burn injuries and leading to the amputation of a portion of his left arm on November 11. His condition was already serious and the burns and the amputation exacerbated his plight.

“The post mortem was conducted by a joint team of doctors from JJ, Sion and BYL Nair hospitals. Prima facie, the report suggests the baby lost his life due to septicaemic shock (spread of infection which causes organ failure) following superficial to deep thermal burns.

The forensic team has also preserved the tissues for histopathology, blood samples for culture and swab for chemical analysis,” said a source.