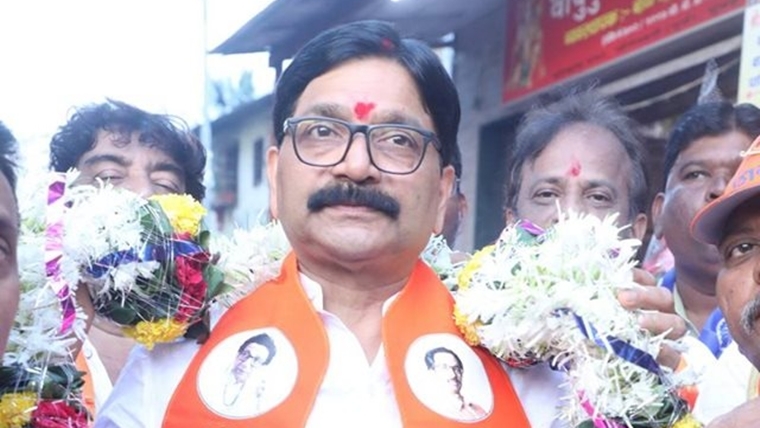 The Enforcement Directorate on Tuesday questioned Shiv Sena leader Ravindra Waikar for around eight hours in connection with a money laundering case.

Notably, Vaikar was the Minister of Housing during the Fadnavis government. A few months ago, BJP leader Kirit Somaiya had made serious allegations about land, citing the name of Ravindra Vaikar's wife. The Sena leader had then sent a defamation notice to Somaiya.

It should be noted that before this, some Shiv Sena leaders have had to face the central agency. These include leaders Bhavana Gawli, Pratap Saranaik and Anandrao Adsul.

Shiv Sena leader Ravindra Waikar was questioned by ED today for around eight hours in connection with a money laundering case, says the Enforcement Directorate

BJP leader Kirit Somaiya had made serious allegations about the land, citing the names of Ravindra Vaikar's wife Manisha Raikar and Chief Minister Uddhav Thackeray's wife Rashmi Thackeray. Somaiya had claimed that there were 19 bungalows on the land jointly purchased by Waikar and Thackeray at Korlai in Alibag. He also alleged that the assets were not mentioned in the affidavit submitted to the Election Commission or that the information was withheld from the Election Commission.