Currently, the toy train service is being pulled by old, traditional diesel engines on this section.

The Central Railway (CR) planning to introduce self propelled state-of-the-art new diesel electrical multiple units (DEMU) on the Neral-Matheran narrow gauge line. Currently, the toy train service is being pulled by old, traditional diesel engines on this section. However, officials said the plan will take a few years to materialise.

“CR is in dialogue with the Integral Coach Factory (ICF) for a new design DEMU type self-propelled train for the narrow gauge section. CR is also planning to get a new design of coaches with a modified DHM (Darjeeling Himalayan Railway) trolley and draft gear arrangements for a better ride in along the section,” chief public relation officer of CR, Shivaji Sutar said. 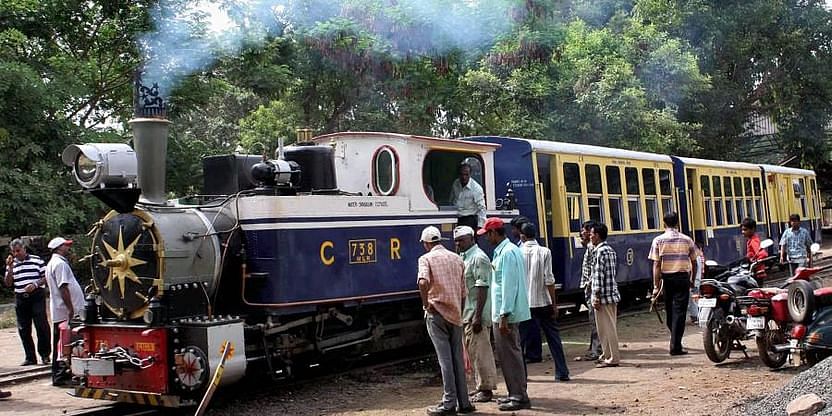 Sutar added that the existing toy trains are ready to serve along the full stretch from Neral to Matheran from October 22, 2022. The service was cut short in August 2019 for work on the track but continued to run a shorter distance, from Aman Lodge to Matheran.

The general manager of CR, Anil Kumar Lahoti inspected the Neral-Matheran section on Thursday after which he announced the resumption of toy train services on the full stretch.

After unprecedented rainfall that caused damage at more than 20 locations on the Neral-Matheran section in 2019, CR undertook several infrastructure works to improve the track and ride experience in the section.

So far 14km of old steel sleepers have been replaced by concrete sleepers on the 20km line. Additionally, 30 new bridges have been constructed besides strengthening existing bridges and the construction of a 2km side drain to help channelise the flow of rainwater instead of allowing it to flow over the track.