Civil Society members were present in groups, intellectuals, journalists, and college students among others.

Over a thousand people participated in the "Nafrat Chodo, Samvidhan Bachao" yatra that was held in Mumbai on Sunday marking Mahatma Gandhi and Lalbahadur Shastri's birth anniversaries. The yatra that was called by Civil Society groups had opposition parties participating in large numbers. Starting from the August Kranti Maidan, it ended at Mahatma Gandhi's statue close to Mantralaya.

Civil Society members were present in groups, intellectuals, journalists, and college students among others. Among the opposition parties that were present was the Indian National Congress whose leader is having a parallel Bharat Jodo yatra, the Nationalist Congress Party, the Samajwadi Party, the Communist Party of India and the Shiv Sena.

"There is an undisguised attempt of creating hatred among people. This rally is to unite against hate. We are trying to issue a message of togetherness and members of civil society and political parties have come together for this," said Tushar Gandhi, author and peace activist. 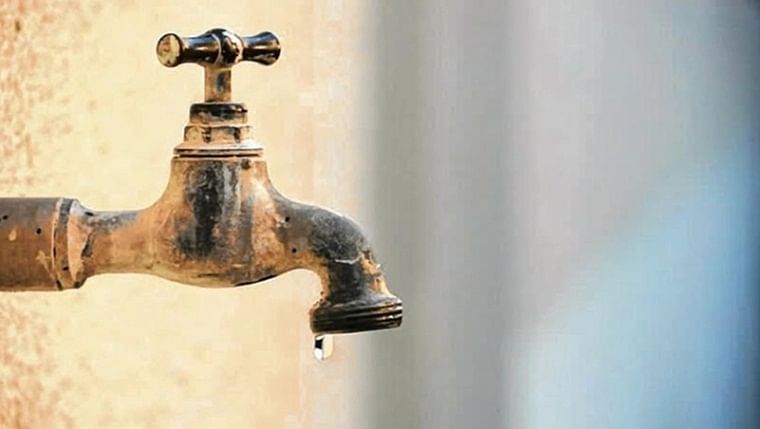 Those who werepart of the rally held placards, and banners and raised slogans that asked people to do away with hate. A group of students and teachers from Nirmala Niketan were one such. Holding placards of "I stand with peace", "Nafrat Chodo, Bharat Jodo," they said they participate in all social causes. "There is a destructive and poisonous atmosphere around. We feel such an atmosphere should not be there and hence are here to participate in the rally," said Virochan Rawate from Nirmala Niketan.

Members of the gathering said that they were one and had been so despite the diversity they come from. "I feel we people of India are one despite the distinction of caste, creed, race, class and religion. India is a multicultural country. We are losing due to communal and hatred being spread," Zeenat Shaukat Ali, an Islamic scholar. "We are here to show that we are all together. That we stand for Hindu-Muslim unity," said Irfan Ali Engineer, director, Centre for Study of Society and Secularism.

"Our party leader is uniting the country through his rally in the rural areas of India while we are doing this in the urban areas," said Bhai Jagtap, city Congress chief. Abu Asim Azmi said, "The idea of spreading hate is to divert the attention from the falling economy and people not getting employment opportunities," said Azmi. "We are looking to spread the message of Mahatma Gandhi so that there is brotherhood in India," said Naseem Siddiqui former chairperson of Minorities Commission. Prakash Reddy, national council member of the CPI said, "The idea of this rally is to defeat the BJP, RSS ideology and defend the idea of unity."

"The kind of posters that were put up during Ganpati festival, was it Bharat Jodo or hatred? They are trying to gain the sympathy of Hindus and show that they alone take care of the interest of Hindus. The party in power is only trying to divide. The country's constitution is getting harmed. When they say sabka saath, they should say who is there in this Sabka? We are participating in Bharat Jodo yatra and one to save the Constitution," said Arvind Sawant.