The SAFAR has predicted the city to remain in the ‘moderate’ category for the next two days, following its air quality drop to the 'very poor' category in the post-Diwali period

The firecrackers, stagnant winds and retreat of monsoon had led to 'very poor' air quality in the city, during and immediately after Diwali | File
Follow us on

Mumbai: After the post-Diwali severe air quality of Mumbai, within a week’s time, the air quality has now become better as the city has moved from the ‘very poor’ category to ‘moderate’.

According to the System of Air Quality and Weather Forecasting And Research (SAFAR), a day after Diwali, the Air Quality Index (AQI) of Mumbai was 126 ug/m3 (very poor), which has now dropped to almost half, at 66 ug/m3 (moderate) on Sunday. 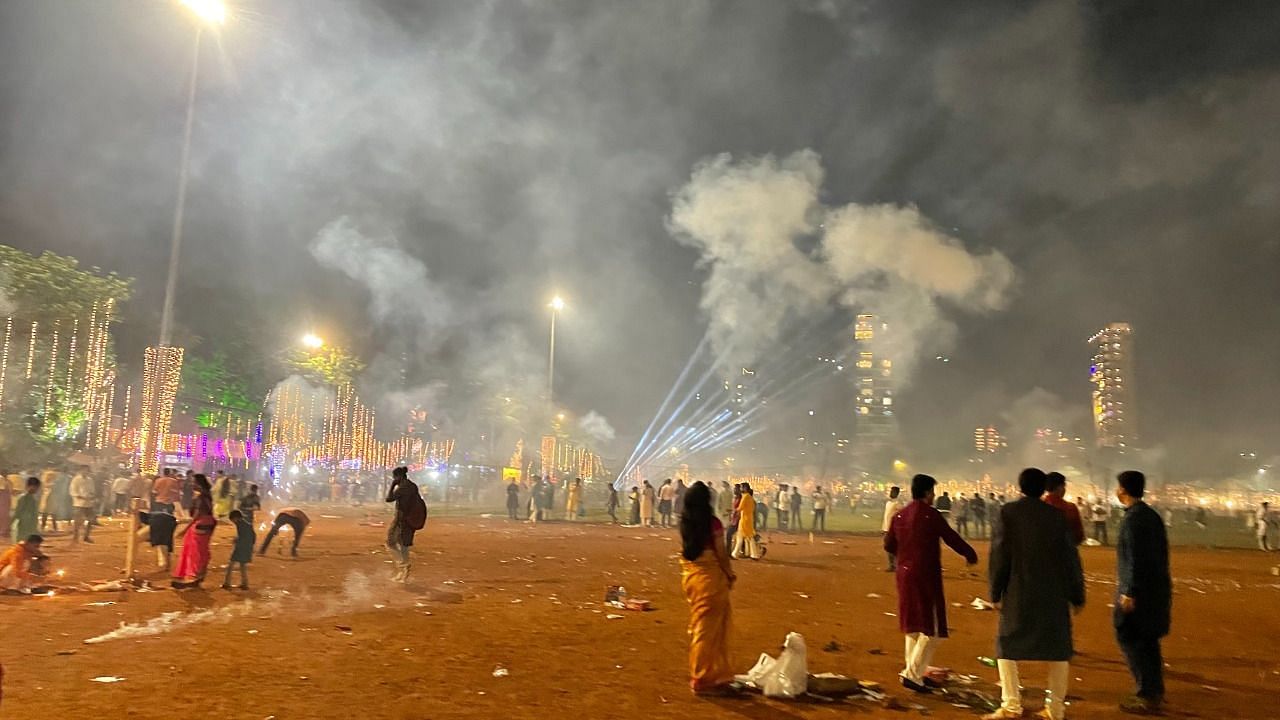 The firecrackers, stagnant winds and retreat of monsoon had led to 'very poor' air quality in the city during Diwali.

In case of breathing issues, experts have advised citizens to wear masks while heading outdoors.

Meanwhile, Delhi continued to remain in the ‘very poor’ category even days after Diwali, it recorded an AQI of 160 ug/m3 on Sunday.

Owing to the rains, in the month of July, Mumbai’s AQI mostly remained below 20, while August had been experiencing even better air days with the AQI mostly remaining below 15. On August 16, the AQI of Mumbai was 10 (lowest ever recorded for the second time).

Mumbai recorded the year's worst AQI of 309 on May 20, which was worse than that of Delhi’s AQI, due to the repeated dust storms from northwest.