The offence registered against BJP MLA Nitesh Rane and his brother former MP Nilesh Rane for allegedly linking NCP chief Sharad Pawar with underworld don Dawood Ibrahim has been transferred to RCF police station. The offense was earlier registered with Azad Maidan police, the offence was transferred after it was surfaced that at the time of giving the alleged speech Nilesh was in the jurisdiction of RCF police station.

While his brother while addressing a rally at Azad Maidan on March 9, Nitesh while questioning Pawar for not taking the resignation of Nawab Malik allegedly said that since Malik is Muslim his resignation was not taken while resignation of the former Home minister had been taken as he is Maratha. By this statement, Nitesh tried to commit disharmony between different groups alleged Chavhan.

Chavhan also submitted video clips in which both Nilesh and Nitesh were purportedly seen making the remarks.

Based on his complaint an offence under Indian Penal Code (IPC) sections for 120-B (criminal conspiracy), 153 (wantonly giving provocation with intent to cause riot) 153-A(promoting enmity between different groups on grounds of religion) along with defamation charges. 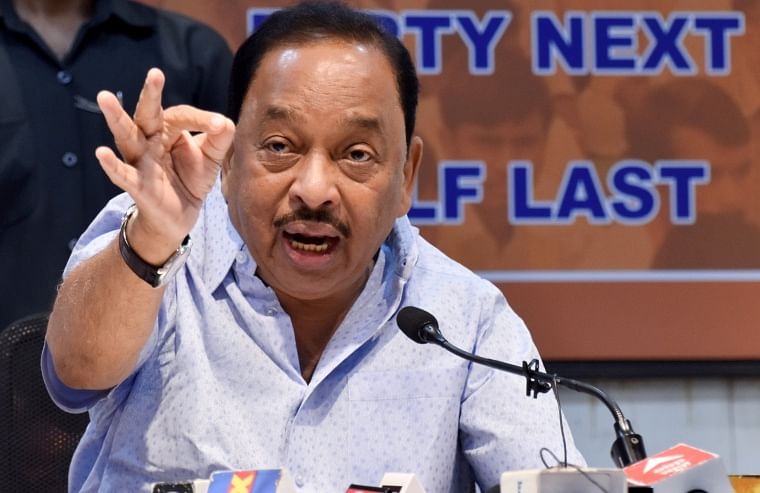 Narayan Rane Birthday Special: From Shiv Sena leader to MSME Minister, a look at his political...