Mumbai: Brother and other four steal gold ornaments and cash worth Rs 29.60 lakhs from jeweller's house in Khar, arrested

The Khar police in Mumbai have arrested five people for committing robbery at a jewellers house in a high profile society in Khar. The police said the arrested accused includes the jeweler's brother who planned the robbery along with his friends. They called three people, mostly gangsters, from Uttar Pradesh to commit the crime.

The police said the incident took place on March 10 at 2:10 pm, when three accused entered the house of the jeweller. "The jewelers was in his shop in Dharavi. While his two sons and wife , were at home. The three accused threatened the family with a gun and sharp knife and took away gold ornaments and cash worth Rs 29. 60 lakhs," said a police officer.

The police team started scrutinizing the CCTV footage and found that the accused had used different auto-rickshaws to confuse the police. "The three accused were wearing a mask and one of them also used a cap. They first took an auto-rickshaw to reach Bandra railway station. Then again took an auto-rickshaw from another spot and went different place and repeated it two more times. They also changed clothes to confuse the police in-between on their way," said a police officer.

The police team with the help of technical details and other sources traced the accused. "The five accused including the brother of the jeweller and his friend had hired three people from Uttar Pradesh to commit the crime. The three includes gangsters who earlier murdered and attempt to murder cases were registered against them," said the police officer.

The Mumbai police have arrested all the accused within 24 hours and recovered 100 percent of the gold ornaments and cash. The team had also seized a revolver, 4 live cartridges and two choppers from the accused. 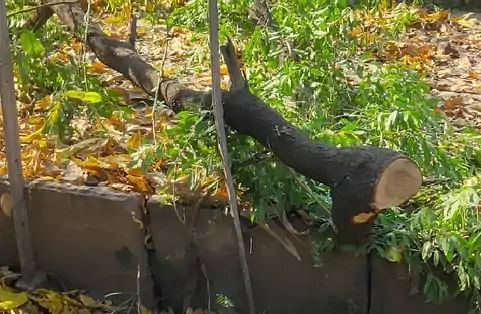 HomeMumbaiMumbai: Brother and other four steal gold ornaments and cash worth Rs 29.60 lakhs from jeweller's house in Khar, arrested