These bridges have been declared dangerous and are marked for reconstruction at a later date.

Mumbai: BMC working to make Ganesh mandals aware of 13 unsafe bridges in city that lie on busy procession routes | ANI
Follow us on

With Ganeshotsav set to begin, the BMC is working to make Ganesh mandals aware of 13 unsafe bridges in the city that lie on busy procession routes.

These bridges have been declared dangerous and are marked for reconstruction at a later date.

The BMC has requested citizens to be careful while crossing these bridges and requested devotees to obey rules made by the police when going ahead with immersion processions.

The Currey Road bridge, Chinchpokli bridge and Mandlik Bridge near Byculla are some of the bridges that cannot carry more than 16 tonnes at a time.

Immersion processions from Chembur, Lalbaug and Parel, including that of the famous Lalbaugcha Raja, pass over Chinchpokli bridge to reach Girgaum Chowpatty.

Naresh Dahibavkar, chairman of the Ganesh Mandal Samanvay Samiti, told The Free Press Journal, "On Friday, we held a meeting on several issues related to the festival. I had brought this issue before the police and BMC commissioners and they said they are holding meetings with Ganesh mandals at the local level and telling them not to dance or linger on these bridges.

"They said, bring your idols carefully on the bridges and resume your celebrations once you get down from the bridge."

DCP Raj Tilak Roushan of the traffic division told The Journal, "Our meetings are going on at the local and zonal levels. We are making them aware and the mandals are ready to cooperate. We have appointed a police naik-level officer with every mandal who will be present during the procession. That nodal officer will also be in touch with the mandal’s office-bearers."

Central Railway PRO Shivaji Sutar said, "We will follow instructions given by the traffic police and the BMC." Some of the more unsafe bridges go over Central Railway lines.

In July 2018, a portion of the GK Gokhale bridge at Andheri had collapsed, killing two people. In March 2019, the Himalaya foot overbridge near CST collapsed, killing seven people. Thereafter, the BMC began an audit of all bridges in the city. The BMC has also demolished a few and begun reconstructing them.

Read Also
FPJ's Eco Ganesha: How your Ganesha could win an award from Mumbai Mayor 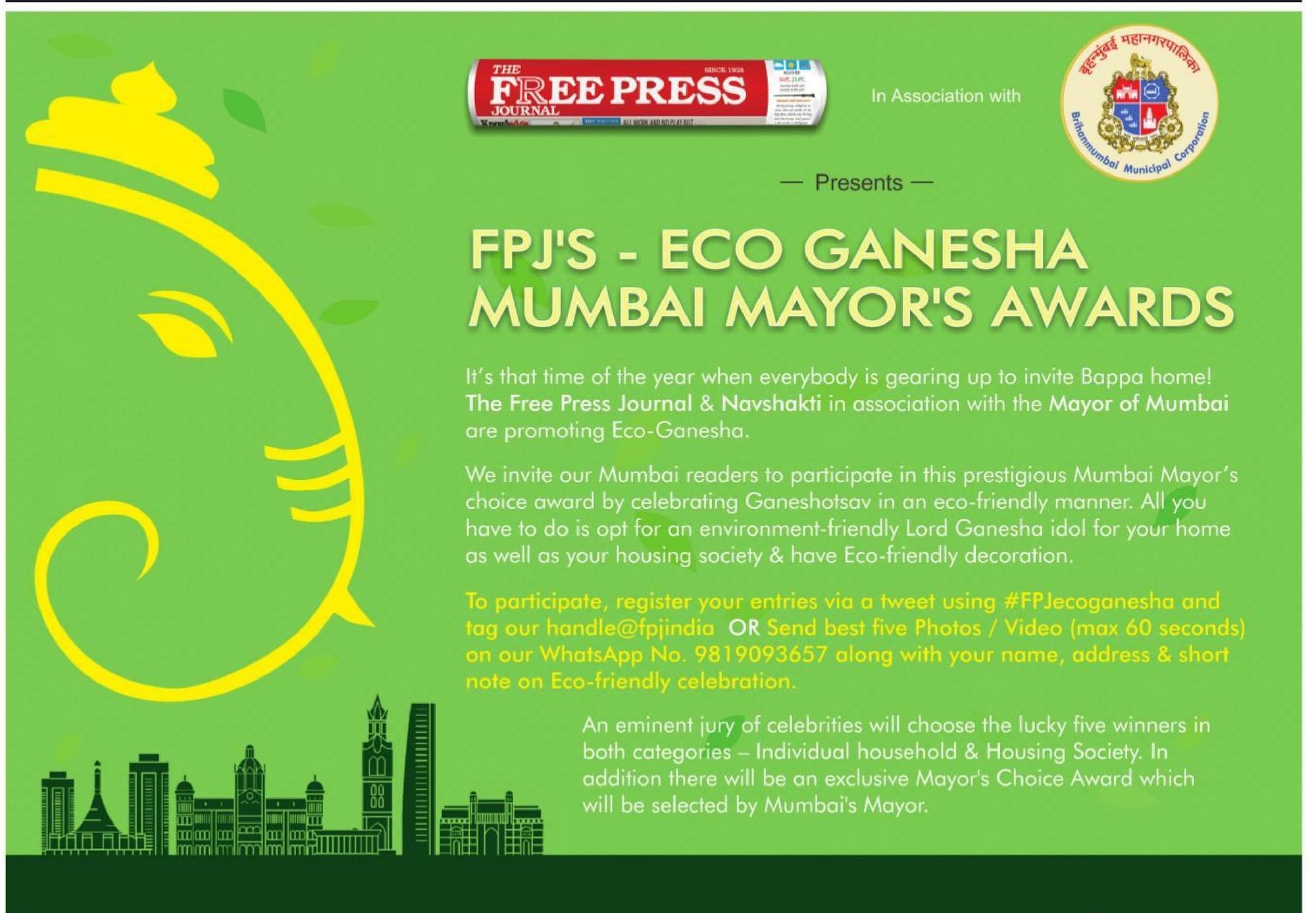