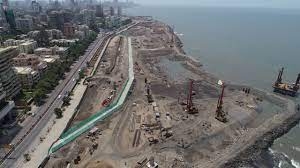 The Brihanmumbai Municipal Corporation (BMC) has appointed experts from the Tata Institute of Social Sciences (TISS) for carrying out a comprehensive scientific survey to scrutinise the loss of lives of artisanal fishing communities due to the ongoing Coastal Road Project.

The idea of appointing the consultants for this survey was first conceived in 2019, following which the BMC floated tenders to appoint private contractors for the same. However civic officials said tye tendering met with poor response from bidders, due to which they had appointed the TISS directly.

Earlier on October 8, the BMC officials involved with the coastal road project along with the experts met members of the community and sought their input on this issue at the site office of the project.

Sanjay Baikar spokerson of the Vanchit Macchimar association, who was present during the meeting said that he was told by senior officials that the survey will begin by end of October.

"Earlier another meeting was called three months back however the survey didn't begin yet," Baikar told FPJ. He said that this was the third meeting of the consultants that took place this year, however, this is the first time when he had attending the meeting on Friday.

"We have urged them to discontinue the ongoing reclamation works, due to the reclamation we are having sheer problem in catching the fish as all the small fishes have drifted to the deepwater now," he said.

A senior official of BMC said that the inputs of the fishing community have been recorded and it will be taken into consideration.

"The consultants will be scrutinising the documents of the fisherfolk and conduct a comprehensive study on how the project is affecting their livelihood. They will also check the quality of water examining the catches in them and submit a report based on their findings," said a senior official associated with the project.

The official said, based on the report the losses will be categorised into four categories - A, B, C and D.

"After categorising the losses a compensatory package may be announced for the affected fishermen," the official added.