Instead of suddenly closing the bridge overnight and pushing lakhs of commuters to face inconvenience, the civic authority should have taken the expert's opinion first, activists lamented.

The BMC drew flak from the activists for their lackof planning on the closure of the Gopal Krishna Gokhale bridge in Andheri. "If the civic body had the competence to examine the bridge and draw their own conclusion, then why did they approach Veermata Jijabai Technological Institute (VJTI) and the Indian Institute of Technology Bombay (IIT-B)? questioned the activists.

Instead of suddenly closing the bridge overnight and pushing lakhs of commuters to face inconvenience, the civic authority should have taken the expert's opinion first, they said. The closure of the crucial east-west connector has increased the traffic woes in the Andheri area. On the BMC's request, the experts of technical institutes inspected the bridge and suggested reopening it after carrying out several repair works. But going against the report the civic body finally decided to not reopenthebridge tillits completion.

Zoru Bathena, an activist said, "The bridge was declared dilapidated four years ago, but the BMC did nothing during this period. The BMC should have taken the opinion before shutting down the bridge for vehicular movement. But they first closed the bridge, then took expert's opinion and now when the experts say the bridge can be reopened they don't want to listen to it. This is just a face-saving act."

Meanwhile, Godfrey Pimenta, Founder of WatchDog Foundation said, "The whole act of the BMC is a shirking of its responsibility. If the civic body has in-house experts then why did they approach technical institutes and waste taxpayer's money?" 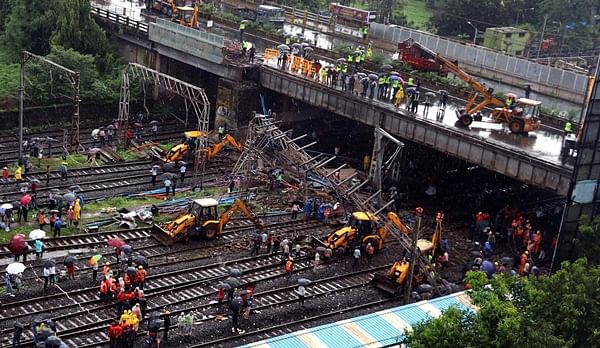 Dinesh Mehta, a businessman by profession said. However, a civic official said, "The initial deadline for reopening the reconstructed bridge was May 2020. But the civic body received the 'No Objection Certificate' from traffic police only in February 2021 due to which the date of completion of the new bridge was pushed to March 2023."

The bridge is shut for pedestrian and vehicular movement from November 7 onwards.The railway portion of the bridge will be demolished by the western railways and the BMC will be reconstructing it. The BMC is planning to reopen one arm of the bridge by May 2023 and it aims to completely start the newly constructed bridge by September 2023.