Policemen try to douse a fire in a shop, after a mob went on a rampage during a bandh allegedly organised by BJP, in Amravati | PTI

NCP leader Nawab Malik earlier today shared a voice clip on Twitter in which an alleged BJP leader is heard slamming the MVA government over the Amravati riots.

The BJP leader is heard saying that there have been no riots in recent times in BJP ruled states which is in stark contrast to the situation in MVA ruled states.

He is also heard alleging that a "large section of Muslims" are involved in illegal practices such as being part of sand/gutka mafias and the money obtained is used for "such activities".

"It's only in states where the MVA government is in power, that such troublemakers dare to take part in riots and other such activities"

Earlier last week, various cities in Maharashtra had witnessed stone-pelting during rallies taken out by some Muslim organisations protesting against the purported communal violence in Tripura. 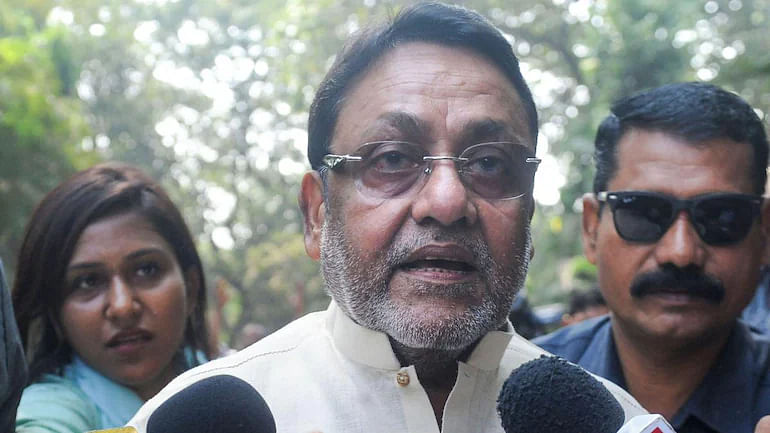